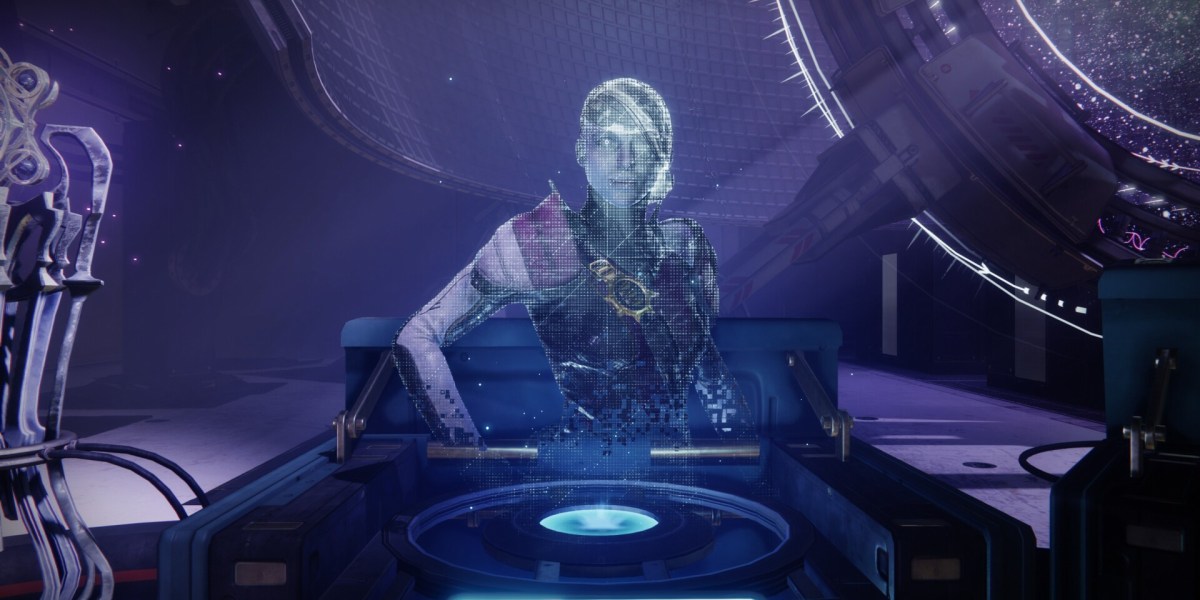 Destiny 2: Season of the Lost introduces the Wayfinder’s Compass (which shouldn’t be confused with the seasonal artifact that bears the same name). The one that we’re talking about here is the new terminal that you can access in the HELM Command Center, allowing you to obtain new perks as a means of progression. Anyway, here’s our Destiny 2: Season of the Lost Wayfinder’s Compass guide to help you with the upgrades, the seasonal boosters for the Shattered Realm, and some of the weekly challenges to level it up.

The Wayfinder’s Compass terminal becomes available after you complete “Mission Cocoon” (which nets you the artifact) since you’ll be returning to the HELM. At the start, you can only grab some bounties and a mod. Here are the Elemental Well mods and rewards that you can get: 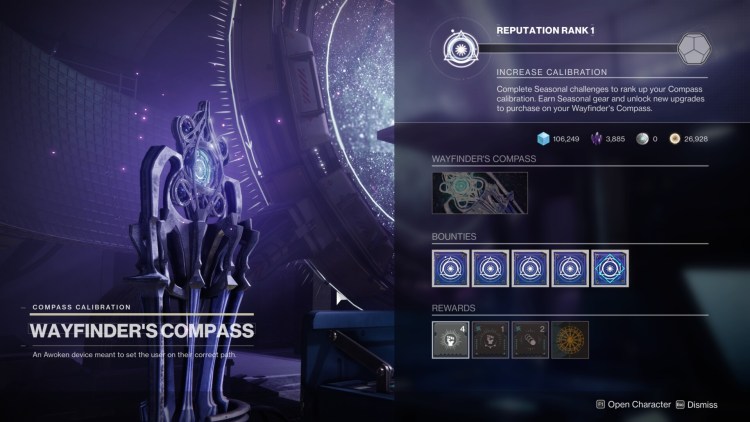 You might be wondering what these levels are for. Well, similar to previous seasons, you’ll need to complete weekly challenges found in the “Quests” tab. Specifically, you’ll want to take a look at the ones with a leyline/confluence icon. Here are the ones that are available now: 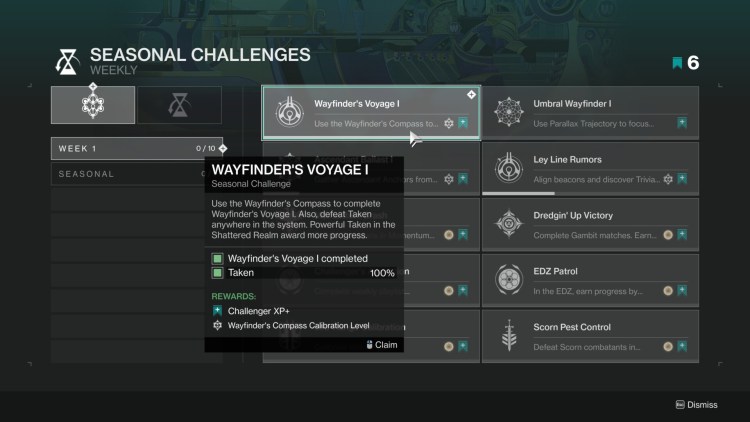 Completing the weekly challenges nets you a ton of XP to level up the Wayfinder’s Compass. In turn, you’ll also be able to activate some upgrades (though a majority are time-gated based on campaign/narrative progression).

Anyway, just right-click on the Wayfinder’s Compass icon to open the upgrades panel. You’ll see the stuff that you can unlock by spending Parallax Trajectory. The currency itself is obtained by killing Taken mobs, completing playlist activities, finishing certain quest objectives, and picking up Ascendant Anchors. We’ve actually detailed some of the Ascendant Anchor locations in the EDZ. 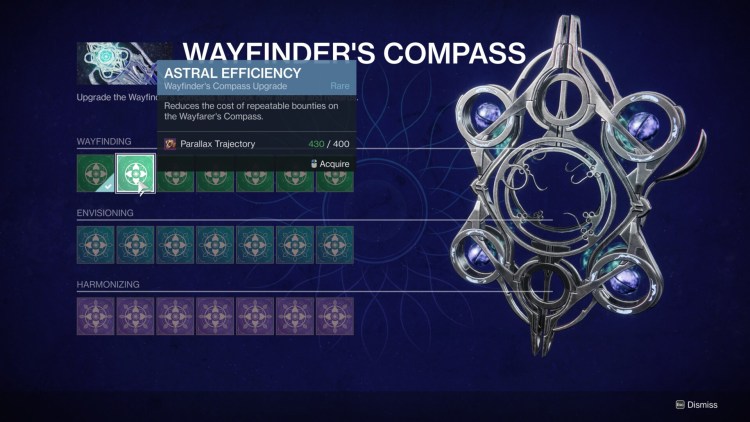 In any case, here are the Wayfinder’s Compass upgrades, as well as their unlock requirements, Parallax Trajectory costs, and their effects in the Shattered Realm: 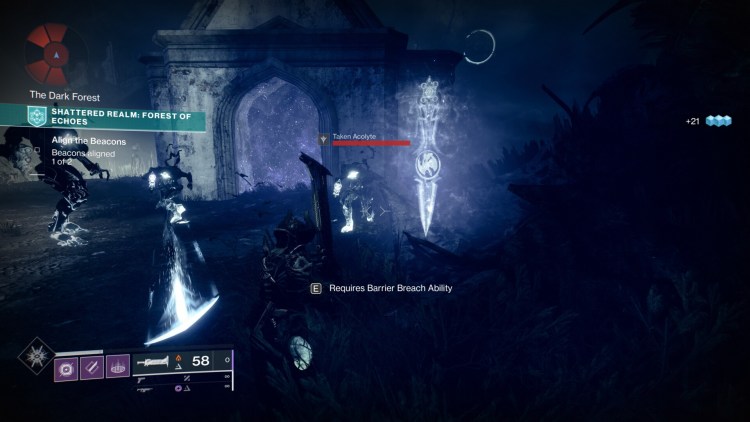