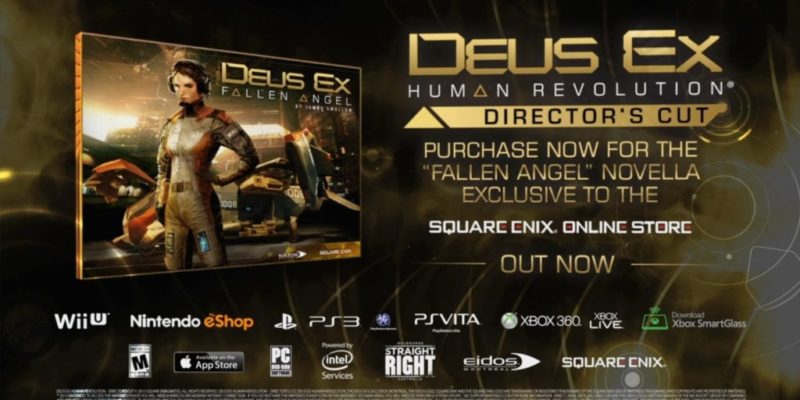 I’ve run out of clever things to say about this screenshot of Sarif.

If you’ve been holding out for the Director’s Cut of Deus Ex: Human Revolution, today’s your day. It’s out now.

Happily, Deus Ex: Human Revolution Director’s Cut is competitively priced depending on how much Deus Ex you already own. If you bought the original game, you get 50% off the standard price of £12.99, dropping it to… probably about £6.49, if I can do maths today. If you also own The Missing Link DLC, then you get 75% off. That said: I do own both of those and yet Steam is listing it at only 73% off for me, pricing it at £3.49. Still, I’m not going to begrudge them an extra 26p.

Deus Ex: Human Revolution Director’s Cut refines the original game to make it a bit more cohesive. It slots The Missing Link and the Tong’s Mission DLCs seamlessly into the game, makes the boss fights less shit, adds a New Game + option so that you can replay the game with your unlocked augmentations, adds in eight hours of Developer’s Commentary, and gives you a Making Of video. It also supposedly upgrades the graphics a bit, although that might just be the console versions.

The Witcher infographic shows how far the series has come