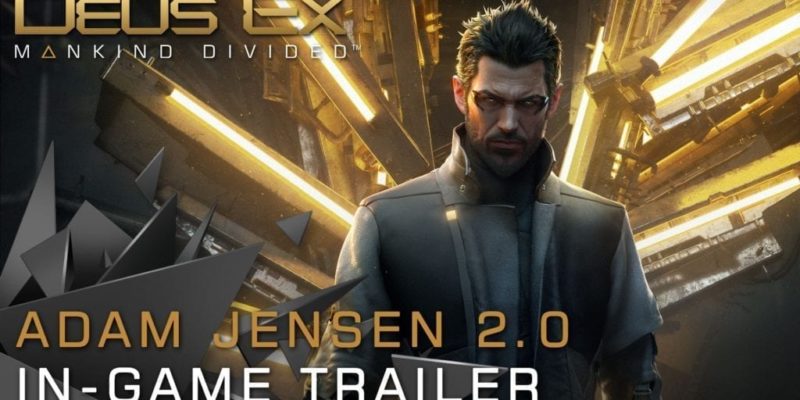 Square Enix has released a new trailer for the upcoming sequel Deus Ex: Mankind Divided, which shows how far the series hero Adam Jensen has come since last seen.
Trailer Details: Adam Jensen is the next step in human evolution. In Deus Ex: Mankind Divided, he is now an experienced covert operative, forced to operate in a world that has grown to despise his kind. Armed with a new arsenal of state-of-the-art weapons and augmentations, he must choose the right approach, along with who to trust, in order to unravel a vast worldwide conspiracy. This new in-game trailer highlights the Titan shield, as well as his new gun-arm augmentations: the Tesla, the Nanoblade and the PEPS.
In addition to the new trailer, owners of the free Deus Ex Universe mobile app can unlock a bonus video. Users can scan the triangle icon that appears in the Adam Jensen 2.0 trailer to unlock an additional trailer in the app. The app is currently available on both iOS and Android devices.
Deus Ex: Mankind Divided is scheduled to release February  23, 2016 on PC, Xbox One and PlayStation 4.