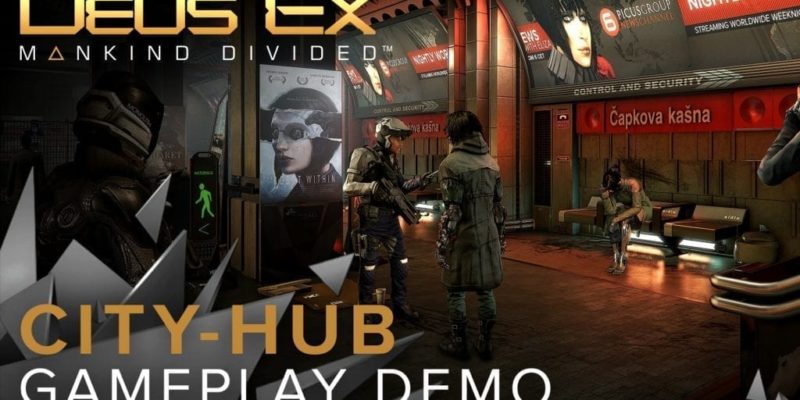 Square Enix gave us a first glimpse at the city-hub of Prague in Deus Ex: Mankind Divided, just a few days before its demo reveal at E3 2016.

The video below presents an expansive and dense location which will allow players to meet a variety of characters, take on side-quests, and explore indoor and outdoor areas. The video is 17 minutes long and for the purpose of this demo, the developers have activated infinite life, energy, and ammo.

Square has also announced a new mode called Breach Mode, which will include unique characters, a different plot and online features. We will learn more about this mode later this month.

Deus Ex: Mankind Divided will arrive on PC, PlayStation 4 and Xbox One in August 23.