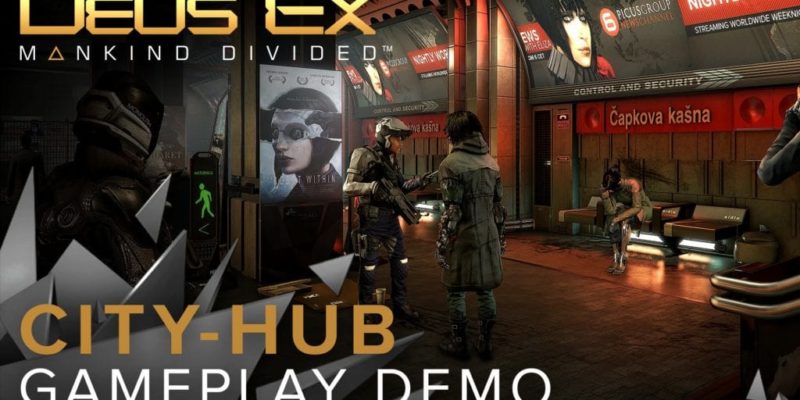 If you missed the Deus Ex: Mankind Divided live-stream earlier in the day, then here’s a chance to see the bulk of what was revealed during that event.

Below, you can watch the 17 minute walkthrough of an early Prague hub area in the game (after a terrorist attack that has unfortunately/conveniently caused Adam Jensen’s augmentations to malfunction). It shows Adam’s apartment, followed by some town exploration as Jensen looks for the bookshop of one Vaclav Koller; an underground aug specialist who can sort him out.

As well as that video, there was a reveal of an additional game mode called ‘Breach’ that’ll be included in Deus Ex: Mankind Divided. It’s said to be a “connected puzzle shooter experience” and involves hacking into stuff. You can see that video below as well.

Remedy reveals they are working on two new games