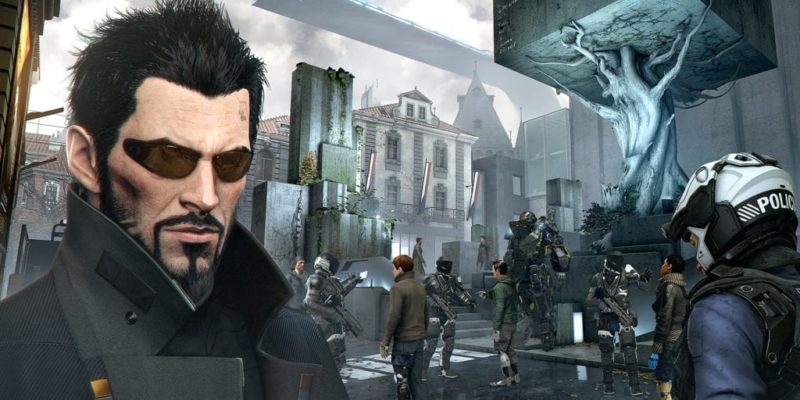 Eidos Montreal have scheduled a Deus Ex: Mankind Divided stream for Friday, in which more details are promised about the game. In the mean time, though, a few images and bits of artwork have appeared out of Gamescom.

There are four of each, and the in-game ones seem to have been sharpen-filtered to within an inch of their lives. They depict Jensen hiding behind a pillar while things explode in the background, Jensen hiding behind a box looking at some burly security guards, Jensen going for a stroll near some weird modern art, and a first person shot of some remote hacking.

The art, on the other hand, seems to focus on the fashion of Deus Ex: Mankind Divided. There’s a man in a dapper suit, plus some NPCs in different outfits. The set is rounded off with a concept art piece showing a train, and a city square overlaid with holo-ads in a sort of They Live style.

Here they all are, in handy gallery form.