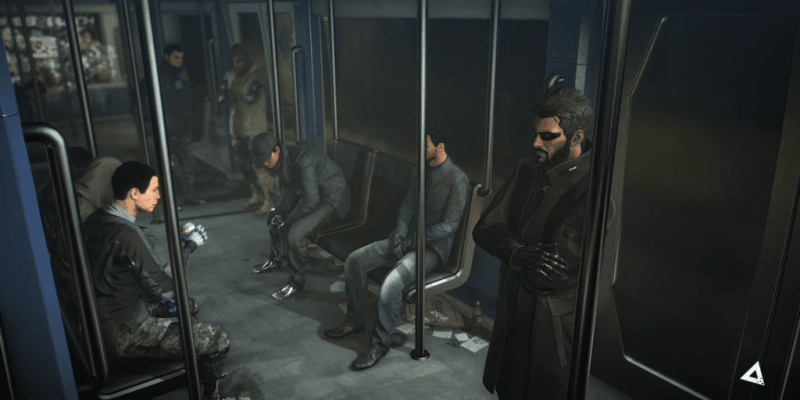 A platform-agnostic bug that’s causing a persistent crash during subway loading (specifically during Jensen’s third period in Prague) in Deus Ex: Mankind Divided is being investigated by Eidos. They’re actively gathering data on the Square Enix forums in order to try to pin the problem down.

As well as the usual platform, SteamID type information, Eidos is asking what order objectives were completed in, whether any hostility had been triggered before the crash occurred, and whether any pre-order equipment is being used. With enough data, they can hopefully track down and solve this second major trains-and-subways-related error.

This crash is pretty late in the game for Deus Ex: Mankind Divided (certainly the last third or so), and appears to be preventing progress for quite a few people across PC, Xbox One and PS4.

Update 27 August: It looks like a solution will be on the way in the next patch, as Eidos say they’ve found a fix and QA are now confirming it.

Update 30 August: A patch is now out on PC which should fix this crash.

By Sam Robins38 mins ago
News