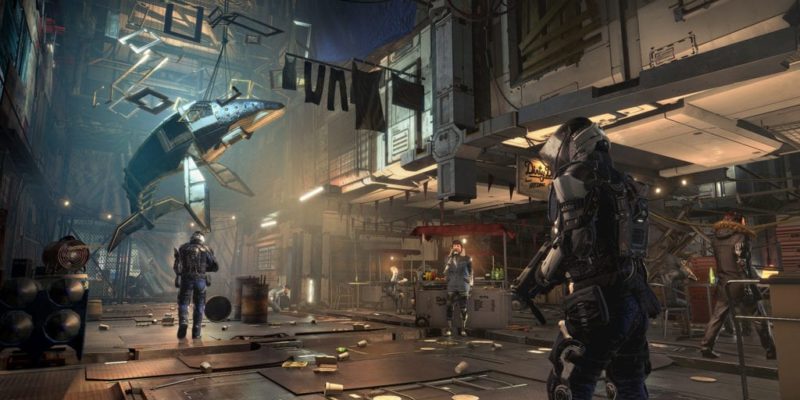 A Deus Ex: Mankind Divided VR spinoff has been released today through Steam. Dubbed a ‘VR Experience’, this free showcase lets you look at stuff in “four iconic environments” from the game.

As far as I can tell, looking at stuff is pretty much all you do in this. Still, the locations in Deus Ex: Mankind Divided were quite pretty (in a semi-dystopian kinda way), so that might still be interesting for a few diverting minutes. The included places are Dubai and Golem City, plus Adam Jensen and Talos Rucker’s respective apartments.

You’ll also be able to “examine up-close a selection of 3D models of main characters and NPCs from the game”, which is pretty self-explanatory.

As well as all that, Breach mode from the main game has been turned into a free-to-play stand-alone (which, let’s face it, was almost certainly what it was designed as in the first place). I wouldn’t exactly recommend this, as it’s not terribly interesting and tries to sell you microtransactions all over the place.