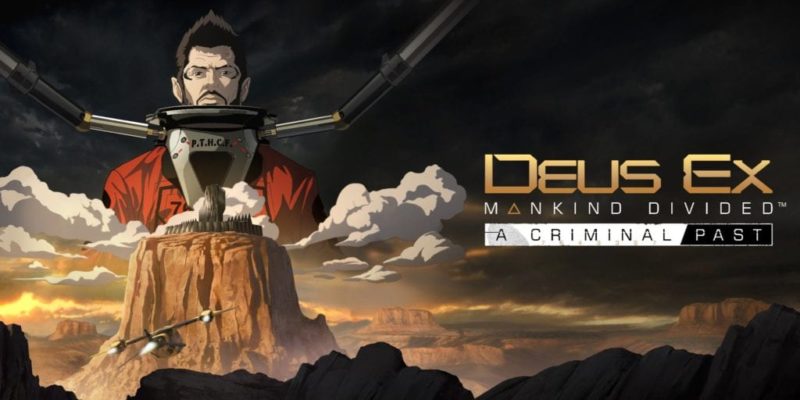 The second and I believe final ‘story’ DLC for Deus Ex: Mankind Divided will be released on 23 February. ‘A Criminal Past’ takes place before the events of the main game, showing Adam Jensen’s first mission for TF29.

Jensen will be going undercover in an Arizona prison for the augmented (where, presumably, his own augmentations will be a great benefit to maintaining his cover). His aim will be to track down a fellow undercover agent who hasn’t reported back in some time, and retrieve whatever information he can.

Deus Ex: Mankind Divided’s Delara Auzenne will feature alongside other, new, characters. A price doesn’t appear to have been announced, but a similar $12 tag to System Rift is pretty likely. If you own the Season Pass, then you’ve already paid for it.

The PC version of Mankind Divided received a 2.5GB update today; a patch which seemed larger than necessary for what were reportedly just changes to Breach mode. It’s possible some of that data was actually for the upcoming DLC.