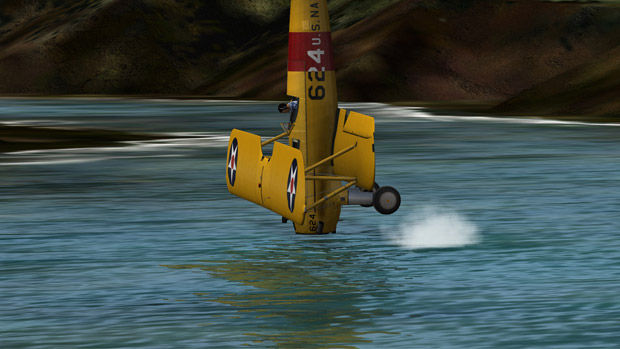 Sad news if you’re one of the people who enjoyed Microsoft’s return to flight sims (albeit in a more accessible fashion), because development of Microsoft Flight will no longer continue. This almost certainly means no more add-ons or expansions for the free-to-play title, though the game will remain available to download (and, presumably, to purchase existing bits and pieces from).

The cessation of development is down to Microsoft’s decision to lay off an unspecified number of people from its Microsoft Game Studios location in Vancouver, Canada. This is the latest in a series of layoffs and closures that have affected developers in Canada, including Activision’s closure of Radical Entertainment and Rockstar’s decision to ‘merge’ its Vancouver studio with one thousands of miles away in Toronto.

In a statement, Microsoft said: “Many factors were considered in the difficult decision to stop development on Microsoft Flight and “Project Columbia,” but we feel it will help us better align with our long-term goals and development plans. For Microsoft Flight, we will continue to support the community that has embraced the title”.

“Project Columbia” is thought to refer to a Kinect-powered interactive TV storybook for children, which was being developed in conjunction with the Sesame Workshop Curriculum Team. This is now unlikely to see any kind of release.

Final Fantasy XIV MMO to be relaunched as ‘A Realm Reborn’