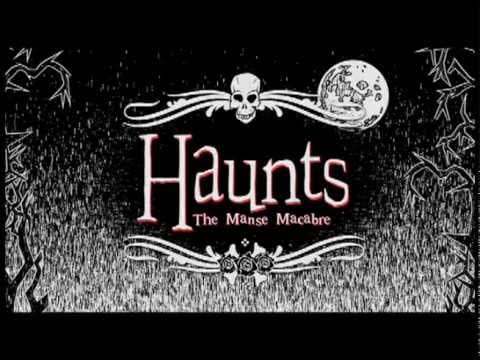 Haunts: The Manse Macabre was successfully Kickstarted back in July, raising $28,000 USD in development funds. The game is a turn-based strategy title, pitting the (often supernatural) inhabitants of an infamous Manse against investigative forces on the opposing side. Multiplayer and single player were both in line to be made.

Sadly, the latest update on the project paints an unhappy picture. Project head Rick Dakan explains that the game has lost both of its programming staff (one chap went back to work for Google, while the other found a new job) and neither are now able to contribute to the title’s development.

The funding is spent, andHaunts is now somewhat in limbo. According to Dakan, the game “has all the systems in place, but there are a lot of bugs”. He and the game’s artist are the only staff left working on the project.

Dakan takes full responsibility for this, and has even offered to refund Kickstarter donations to anyone who contacts him asking for their money back. “I will personally refund out of my own pocket anyone who wants to withdraw their support, no questions asked,” he writes.

Discussions are underway with friends at Blue Mammoth Games, to see if a collaboration can be set up to get Haunts finished. This isn’t a done deal, and other options are also being explored.

The whole situation is a timely reminder that not all Kickstarter projects have (or will) run smoothly after receiving funding. Backers should always be aware that any cash donated to Kickstarter is, essentially, a donation; not an investment or a pre-order in disguise.