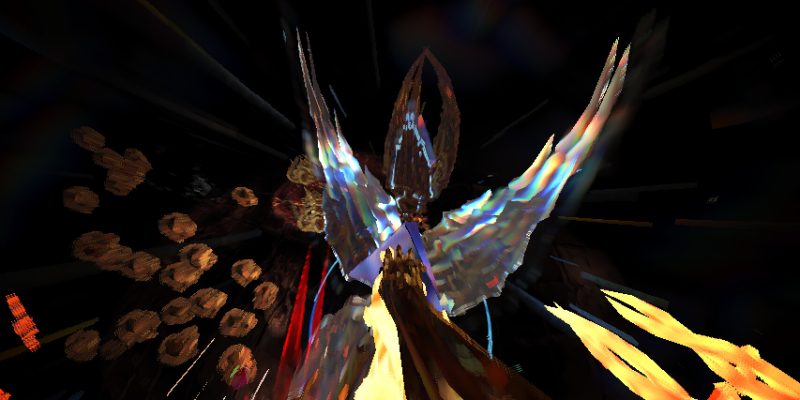 Back in early 2016, developer Sorath released its first game which came in the form of a fascinatingly bizarre first-person shooter called Devil Daggers. Although the game’s Steam page labels 1990s first-person shooters as one of its primary inspirations, it ultimately boasts a style all its own thanks to its trippy pixelated aesthetic and hyper-focused, minimalist gameplay. Many players ended up loving the little bit of content Devil Daggers had to offer, and fortunately for them, Sorath has finally dropped a follow-up game of sorts. This new game goes by the name Hyper Demon, and you can pick it up today for the generous price of $14.99 USD.

Much like Devil Daggers, Hyper Demon challenges you to survive against hordes of demonic foes for as long as possible while shooting for a higher and higher score. Killing enemies quickly will cause the game to become harder, which means that it should ideally be able to keep up with high-level players with no problem. According to the Steam page, Hyper Demon does have an end, but getting there will likely require a serious amount of dedication and skill on your part.

Uh, what am I looking at?

When looking at gameplay footage and especially the launch trailer, Hyper Demon’s action appears borderline incomprehensible. But apparently, the game’s warped view, which the Steam page refers to as “groundbreaking spherical projection,” grants players a full 180-degree view of the action. There’s an additional “‘rear view'” allows players to see 180 degrees behind them as well. These sound like powerful tools for keeping track of enemy threats, but making effective use of these features will likely take some practice.

Before purchasing Hyper Demon, you should keep note of the Steam page’s photosensitive seizure warning, which notes that “this game contains intense visuals including stroboscopic effects.” The trailer already makes this risk immediately apparent. If you have had experiences with seizures or other similar reactions, then it’s best to look elsewhere.

Soulstice review — We’re all in this together