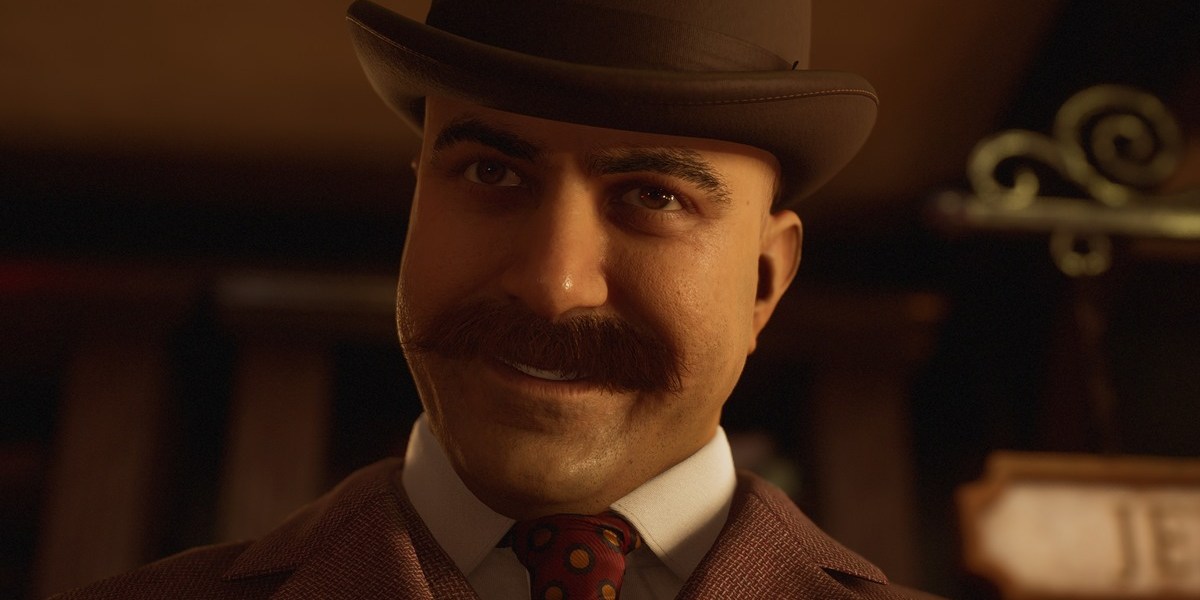 On May 7, 1896, a man by the name of Henry Howard Holmes was hanged. As his body twitched from the gallows, his nefarious deeds came to light. Still, the person who would be considered as “America’s First Serial Killer” may have left many more questions that remained unanswered. Here’s our The Devil in Me story analysis that discusses H. H. Holmes, the Murder Castle, and the identity of Granthem Du’met.

The Devil in Me story analysis – H. H. Holmes, the Murder Castle, and Granthem Du’Met

Born Herman Mudgett, he was inspired by the intrepid detective and, as such, he adopted the moniker “H. H. Holmes.” Sadly, Mudgett/Holmes turned into your typical con artist and villain. From insurance fraud, illicit affairs, and selling products of dubious quality, he would, eventually, gain further notoriety as the 1893 World’s Fair in Chicago began.

Holmes had acquired a property in the city, dubbing it “The Castle” or the “World’s Fair Hotel,” perhaps in an effort to swindle a multitude of tourists. A couple of years later, people would come to see this building, the so-called Murder Castle, as a place of pure evil where the most unimaginable and heinous acts were committed. It had everything from trapdoors, hidden passages, and sealed-off corridors, to torture chambers, asphyxiation rooms, and crematorium disposal units. Eventually, people would claim that Holmes had murdered around 200 people. The truth, however, tends to be muddied. What’s clear is that Holmes was only convicted of one murder, that of his business associate Benjamin Pitezel. Evidence would also uncover that Holmes killed three of Pitezel’s children, asphyxiating two of them inside a box before burying them in the ground. In all likelihood, he may have killed nine people. This isn’t to exonerate Holmes either, as he’s still an evil man. Yet, as we can tell from history, a lot of the information has become sensationalized.

For one thing, Holmes is an extremely unreliable narrator. He had confessed to murdering dozens of people, citing his own procedures and actions in gruesome detail, only for the authorities to discover that some of these named victims were still alive. He had also rambled on about how his appearance has changed, and some suggested that he stated that he was “born with the devil in me.” Likewise, he had requested that his coffin be contained in cement, perhaps to deter grave robbers or to prevent a great evil from coming back.

Whatever the case may be, Holmes’ questionable commentary, the public’s terror and fascination, and the rampant sensationalism in the tabloids all created a web of mystery that has endured until the present day. And, true enough, the quote attributed to Holmes — “I was born with the devil in me” — greatly inspired the setting of the new Dark Pictures game. A tale of three killers

The Devil in Me revolves around the legend of H. H. Holmes and the Murder Castle. Early on, the film crew arrives at a manor on a lonely island, the building serving as a replica of the one Holmes had acquired over a century ago. This replica is owned by an eccentric fellow named Granthem Du’Met, who seems to act in a suspicious manner when you first encounter him. Shortly thereafter, you’ll learn of Manny Sherman, the “Beast of Arkansas.” You’re also told of Hector Munday, the FBI agent who managed to capture Sherman.

The group experiences strange occurrences, such as shifting walls that block off hallways, creepy animatronics, and the fact that they don’t see any other guests in the hotel. Soon, they realize that a killer is on the loose, and it’s trying to pick them off one by one. 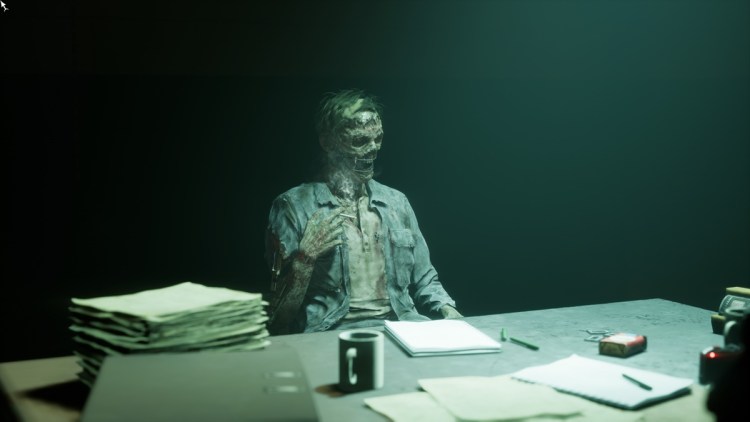 That assailant is none other than Hector Munday, the FBI agent. In various scenes, documents, and collectible secrets, it’s revealed that Munday’s capture of Sherman led to the unraveling of his mind. Whether it’s due to childhood trauma, the crippling stress of dealing with crimes committed by perpetrators, or something that’s more sinister, Munday ended up convinced by Sherman that sadistic torture and watching people die were enjoyable activities. Moreover, Sherman noted how the two of them could really take inspiration from someone like H. H. Holmes.

From there, Munday would go on to commit a string of crimes until his former colleagues learned of his actions. This would cause him to fake his own death by torching his hideout just as the cops arrived. With everyone believing that Munday was gone, it was time for the former agent to realize his ambition. After killing his own mother and using her parts on an animatronic, Munday would use his inheritance to buy and construct the Murder Castle replica, complete with Holmes memorabilia, too. Around this time, he’ll also use the name Granthem Du’Met. Throughout The Devil in Me, you’re chased by this Granthem Du’Met — he really is the owner of the manor, but he’s a totally different person from the eccentric you’ve met at the docks. 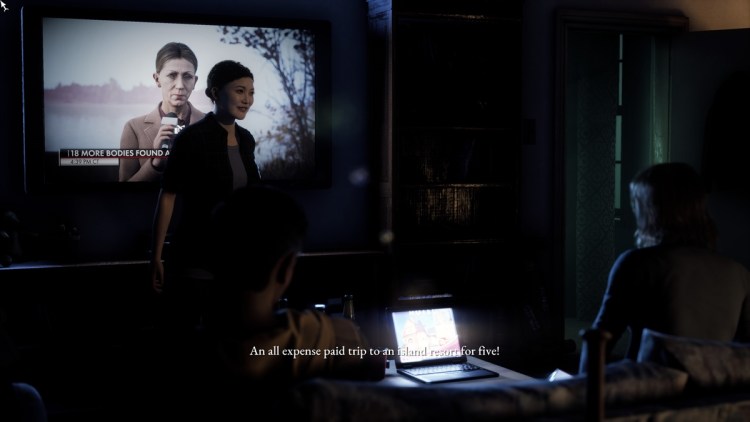 As you progress further in The Devil in Me, you’ll find more clues pertaining to Granthem Du’Met and his connection to H. H. Holmes. Examples include how “Granthem Du’Met” is just an anagram of Holmes’ real name, Herman Mudgett. Likewise, you’d notice how Hector Munday and Herman Mudgett have the same initials. If we believe in all the tales surrounding Holmes’ deeds, then Munday’s/Du’Met’s actions mirror this trend (i.e., confusing hotel layout, trap rooms, and luring victims), with a bit of Jigsaw thrown in, and Munday’s own capabilities as an FBI agent.

A good example is the guest logbook in the looby. Groups would arrive and leave on the same day. Note how the handwriting is different for each person when they’re signing in, but the penmanship is similar once they’ve checked out. This implies that Munday/Du’Met was jotting down the dates since the individuals were already dead. Prior to this, Munday would research the relationships among the guests, profiling their attitudes, weaknesses, and pressure points. He would stalk them one by one, finding the best time and opportunity to strike. For instance, the Lee and Hall group lasted for almost a couple of weeks before they were all eliminated. The same document with this info shows that Du’Met was already tailing Michelle Morello, who was part of the next group. Apart from the above, Du’Met has a penchant for using mannequins or animatronics. One particular reason might be to scare others, as these objects depict each person depending on an experience they had in the hotel. However, he also attaches some body parts, perhaps as his own trophies, and some might be used to “pretend” as though they’re victims given the spliced voice recordings.

As an aside, we should also discuss the mask. The object presents a way to hide the killer’s true identity, or Munday’s disfigurement (due to the fire when he faked his death). Alternatively, wearing it might mean that someone is fully embracing the Holmes persona. Whether it’s tourists, authors, construction workers, or film crew members, Du’Met has no shortage of potential victims. One might even notice the number on the wall as you go up the staircase, which seems to imply how many have died in the hotel: 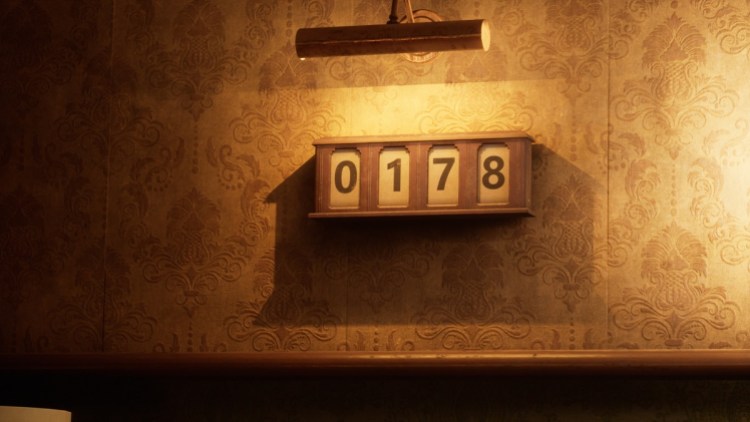 Is Du’Met really the Devil?

But the question still remains: is Granthem Du’Met truly the Devil? Some players seem to think so, as a Reddit post suggests. Indeed, there are several unexplained phenomena, things which should be impossible if the killer was but a normal human made of flesh and bone: If we believe fully in the myths and legends about H. H. Holmes, stories that stood the test of time, then we can say that Holmes was possessed by the Devil, and that the entity has somehow reached Munday. That, or  Munday is a reincarnation of Holmes’ demonic persona. Still, because most of Holmes’ nefarious deeds were exaggerated, and his own confession seems unreliable, then there are a few other theories: