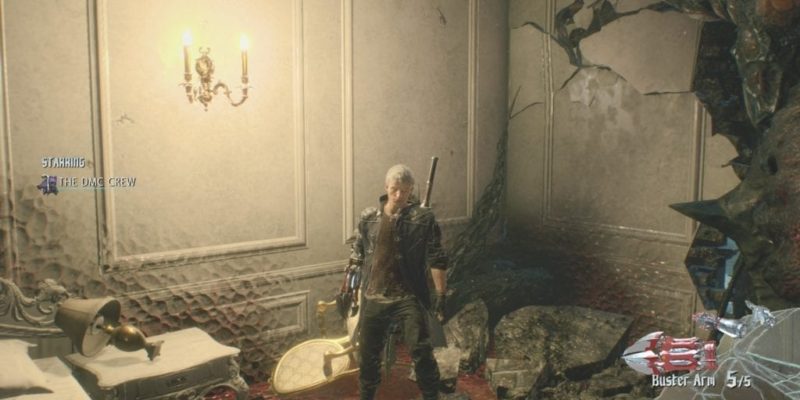 Devil May Cry 5 is finally upon us. It’s running on the same engine as Resident Evil 7 and comes with some pretty reasonable minimum specs. As you can see, my rig isn’t exactly impressive, but I was still mostly able to run the game at 60 FPS the majority of the time, with a few settings turned down or off. It’s worth noting that the game uses Denuvo as well, so beware if you’re not fond of that.

Without further ado, here are the game’s minimum and recommended specs. 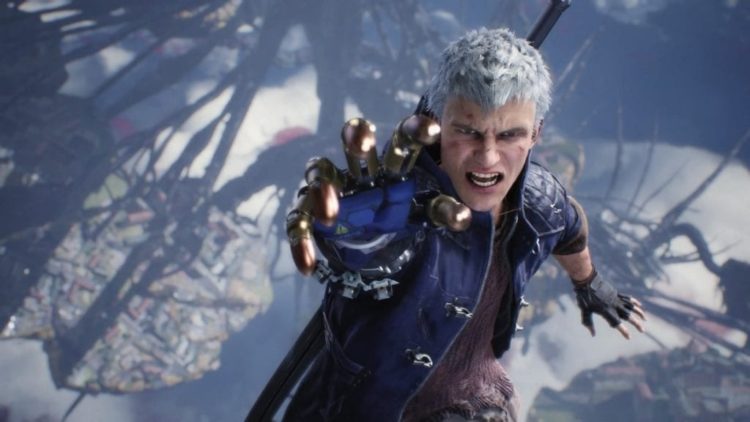 Yes, my computer is archaic. You don’t have to tell me. That being said, let’s take a look at Devil May Cry 5‘s graphical options.

Devil In The Details

The usual suspects are all accounted for, of course. One thing of note is that you can set the frame rate at 60 FPS or variable. There’s no 30 FPS lock whatsoever, but the game is so well optimized you probably won’t need it. Another thing I don’t see very often is that you can set the rendering method to Normal or Interlaced. The Interlaced setting can greatly improve the framerate, but it also makes the game look much worse in motion. The game looks great on Normal, but becomes a jaggy, warbly mess on interlaced. I preferred to turn Effects and Shadows to low instead of going with Interlaced rendering. I also don’t really care for Motion Blur, so I turned that off as well. 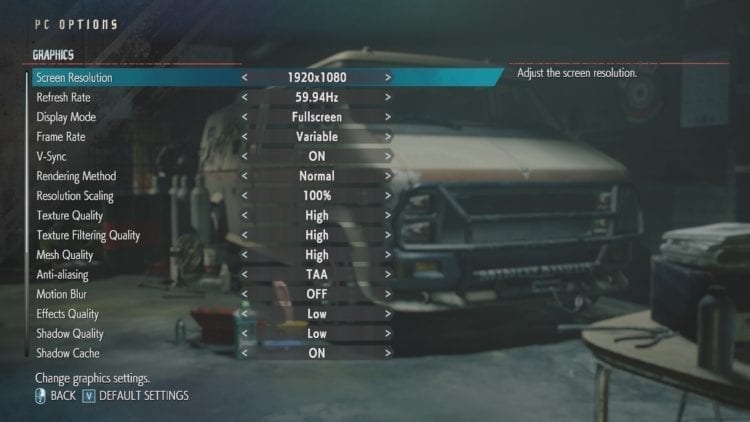 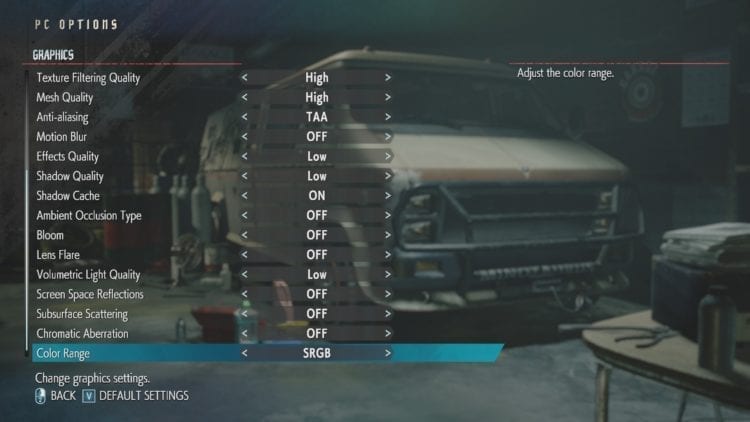 Let’s take a look at the game with certain settings on and off. 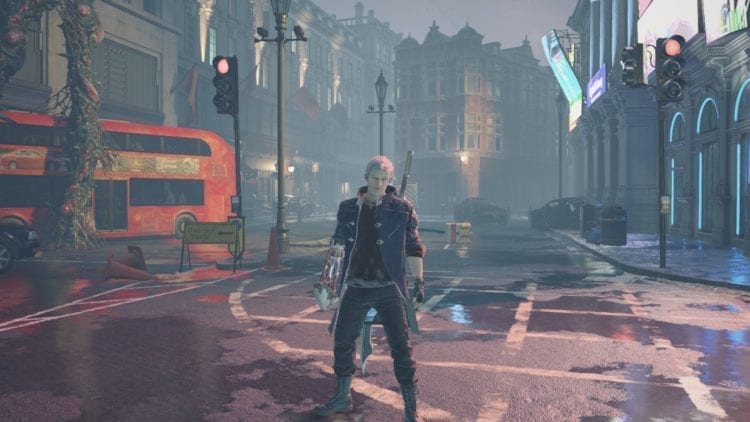 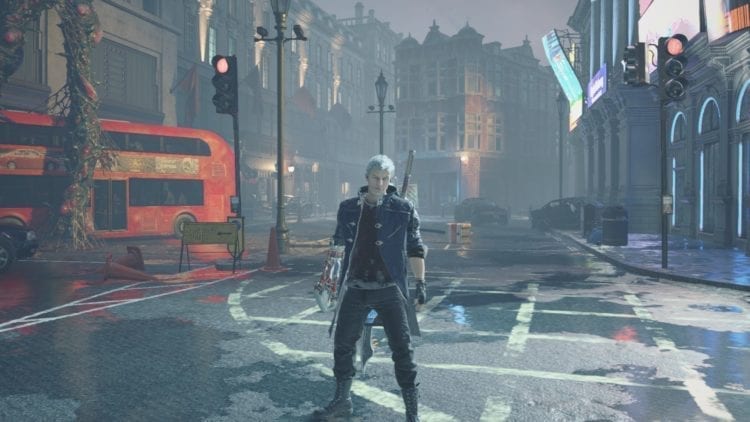 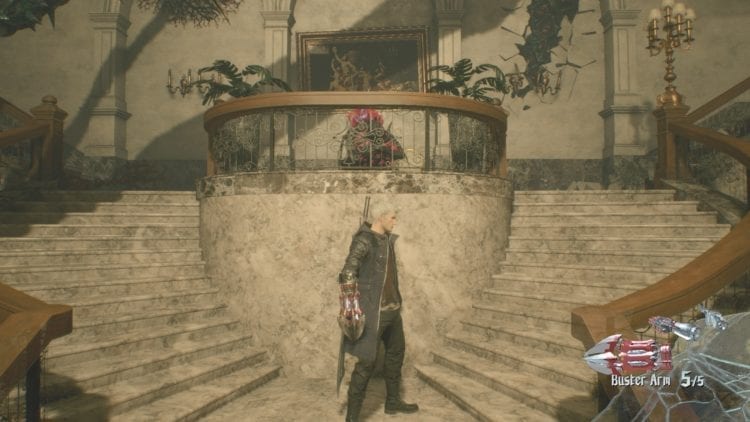 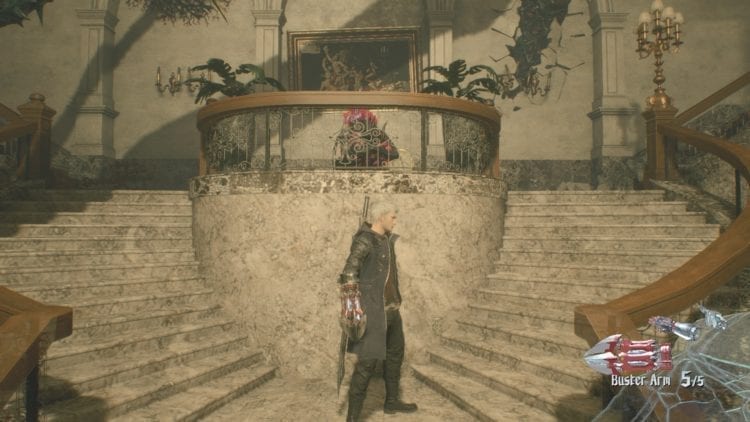 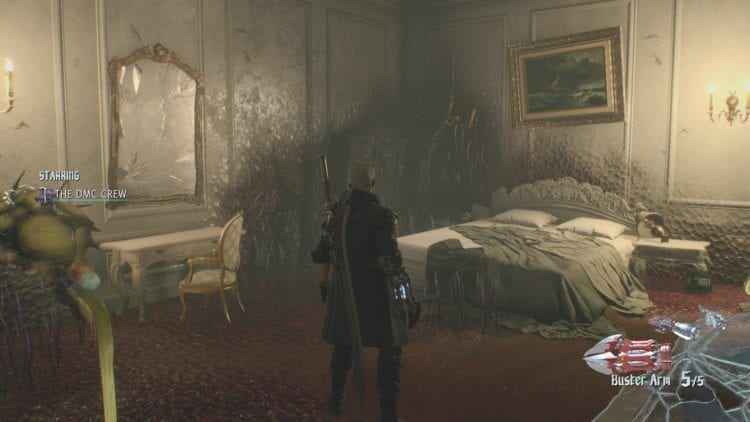 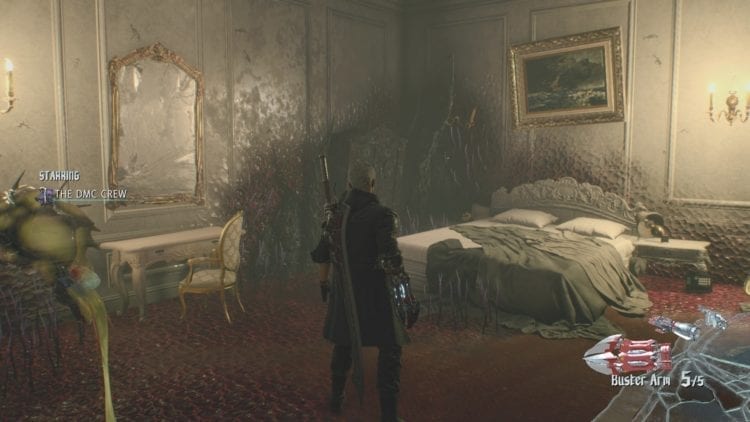 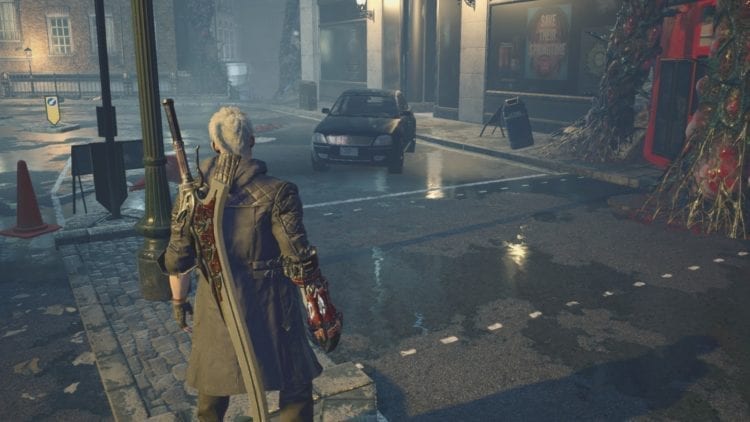 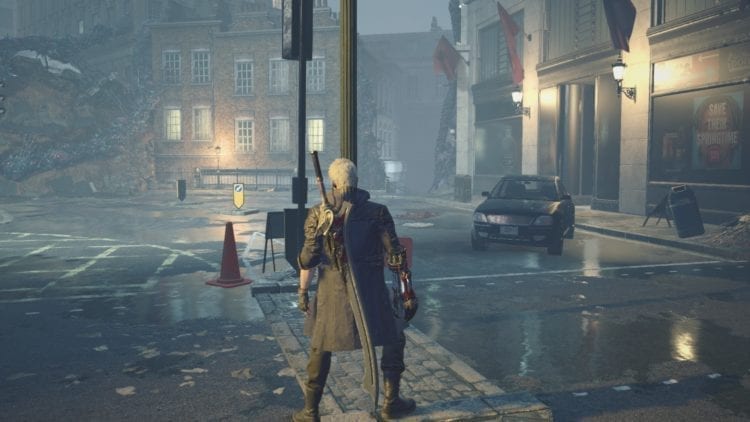 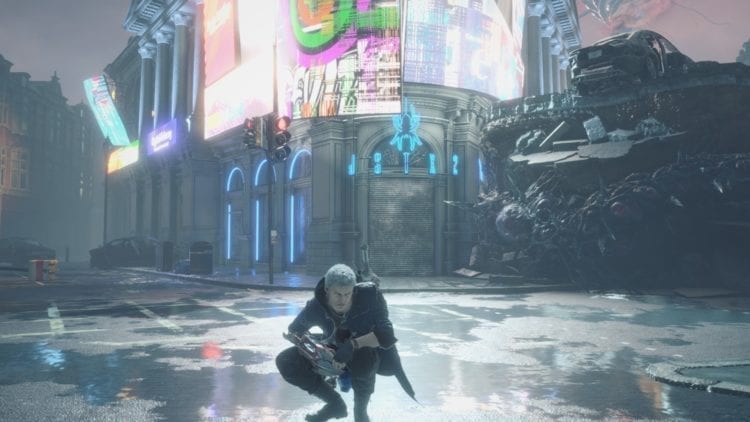 Ambient occlusion and bloom on 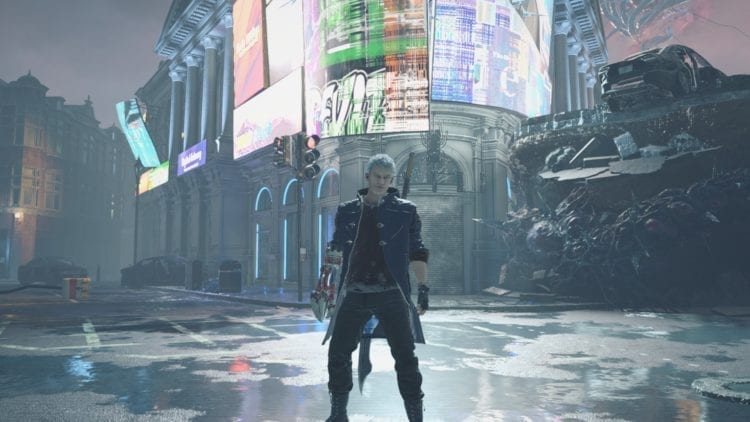 Ambient occlusion and bloom off 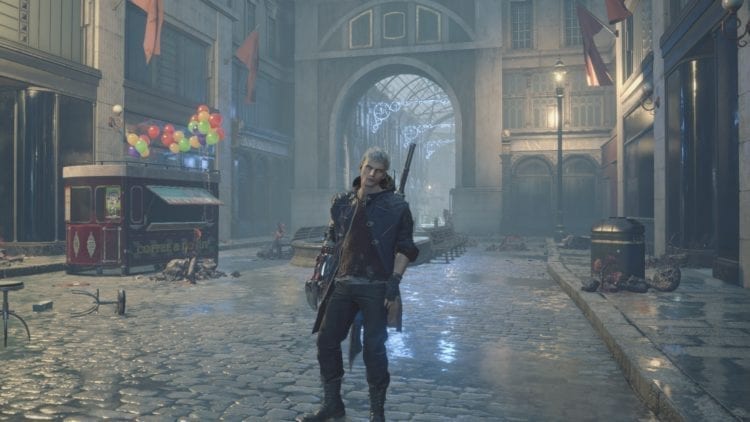 Volumetric light and reflections on 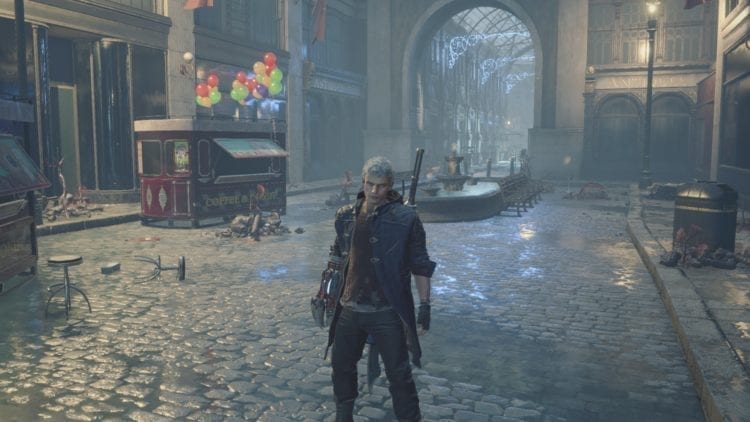 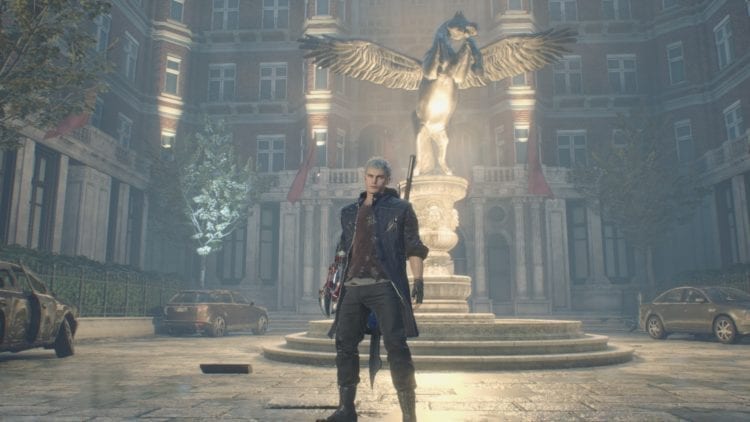 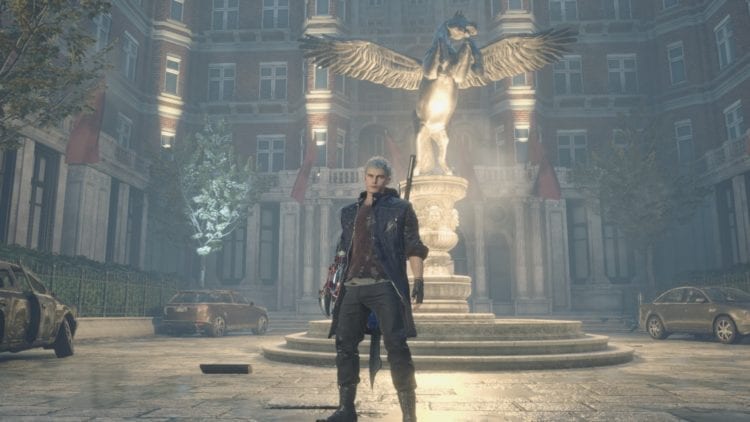 Subsurface Scattering mainly helps in making skin look better, but I wasn’t willing to incur an FPS hit so that the people in the cutscenes looked nicer. There’s also the fact that you’re not really going to be getting many up-close looks at your characters during the actual levels themselves, so it’s an easy one to disable for a framerate boost.

Now, despite the fact that the game mostly runs at a solid framerate, my lackluster rig meant that I got some pretty nasty framerate drops at times. This goes double during cutscenes. A pretty frequent issue I had was the image freezing for a few seconds, only for the sound to keep playing. This often resulted in the sound being out of sync with the visuals of the cutscene, which was always jarring.

Specific levels were also much more of a problem than others. Mission 4, in particular, always gives me some serious trouble, but many other missions are perfectly fine. That being said, Mission 4 takes place in a fairly open, detailed area that certainly isn’t the standard for what the areas in the game look like.

Devil May Why M/KB? 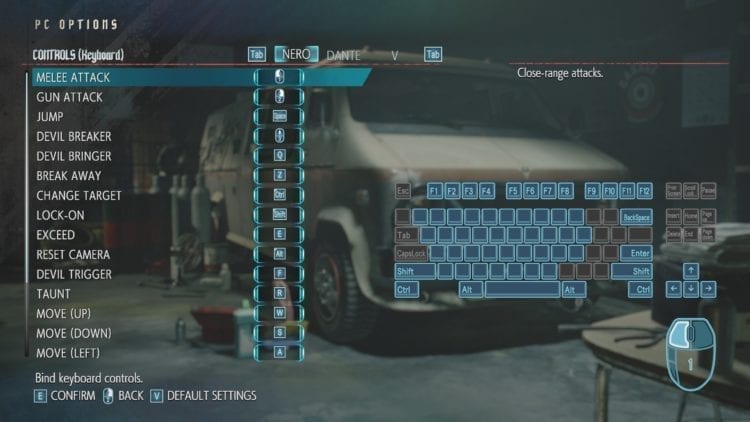 Devil May Cry 5 also has mouse-and-keyboard controls, but I didn’t try those because who plays DMC with a friggin’ mouse? It’s probably terrible (or perfectly fine, I’m not a mouse magician), but for anyone who is just absolutely crazy about playing games designed for gamepads via other means, the option is there with fully rebindable keys.

Aside from the technical hiccups on my end, I didn’t see a single bug in the 20+ hours I spent with this game. Didn’t have a single crash either. This is a very polished game, and it has an excellent PC version.

By Ben Kerry17 hours ago
Features