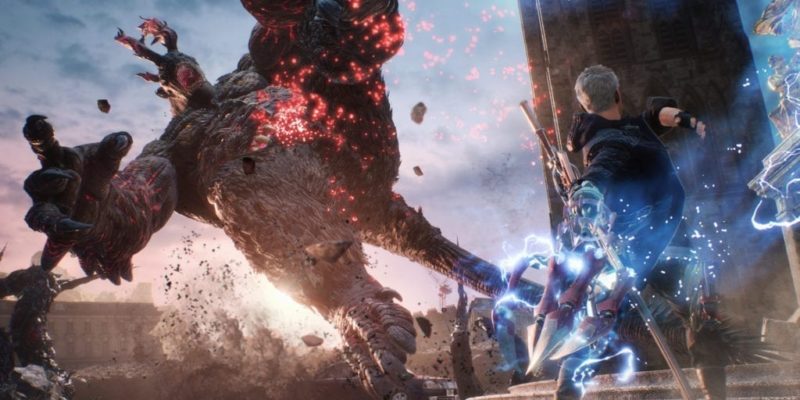 Capcom has been having a heyday with its recent releases. Both Monster Hunter: World and Resident Evil 2 Remake have done exceptionally well. But now the company can add one more to the list. During a GDC panel yesterday, Capcom revealed that Devil May Cry 5 has sold more than two million copies since launch — which was only two weeks ago.

The company didn’t reveal how many copies were sold on what platform. However, the numbers show that the PC played a major part in the sales figures. According to SteamCharts, the number of concurrent players for Devil May Cry 5 exceeded those of Resident Evil 2 for each respective launch. Devil May Cry reached a peak of 88,735 players, while Resident Evil hit 74,024.

Devil May Cry 5‘s momentum may allow it to become the best selling game of its series. In comparison to sales figures provided by Capcom, the best-selling game in the franchise so far is Devil May Cry 4, which sold around 3 million copies.

While Dante beating out Leon is surely impressive, neither game can hold a candle to Capcom’s other recent PC release. Monster Hunter: World eclipses both games, reaching a peak of nearly 330,000 concurrent players. That’s a lot of mon’ hunnin’.

These sales figures mean a lot to Capcom, which recently spoke of the value of the PC platform. In a statement on Capcom’s digital strategy, COO Haruhiro Tsujimoto said the PC “can not be overlooked.”

“Also, from the viewpoint of promoting digital strategy, expansion of PC platform spread can not be overlooked,” Tsujimoto wrote in the statement. “The sales ratio of the PC version in our main title has been improved every year, and we will strive to further expand sales as an important platform.” 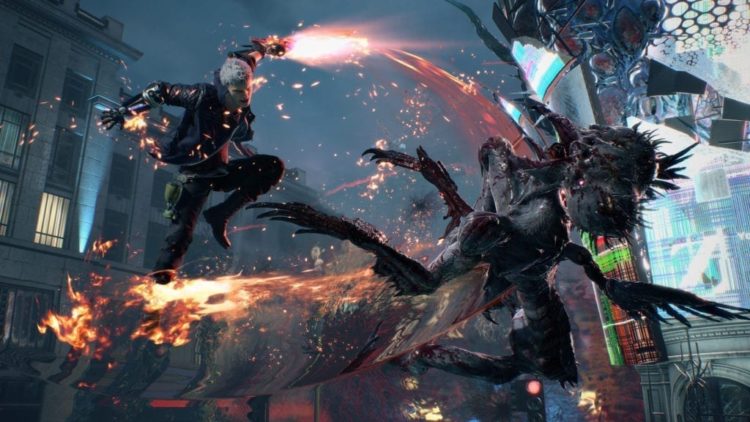 The sales for Devil May Cry 5 held strong, despite some DRM worries. Earlier this month, it was discovered that the game was taking a performance hit. The culprit was everyone’s favorite DRM software, Denuvo. Tech-savvy players revealed that the game was losing around 20 frames per second while Denuvo was present. Using a hidden .exe file found in a public branch of Steam was the only way to reclaim the lost frames.

Regardless of the slight DRM struggles, Devil May Cry 5 has proven to be worth the time invested. Our own Andrew Farrell enjoyed the hell out of it, despite the game taking a few too many cues from Devil May Cry 4. A free update, Bloody Palace, is also heading to the game on April 1.

Destiny 2 Vs The Division 2 Vs Anthem: Which One Is Worth It?