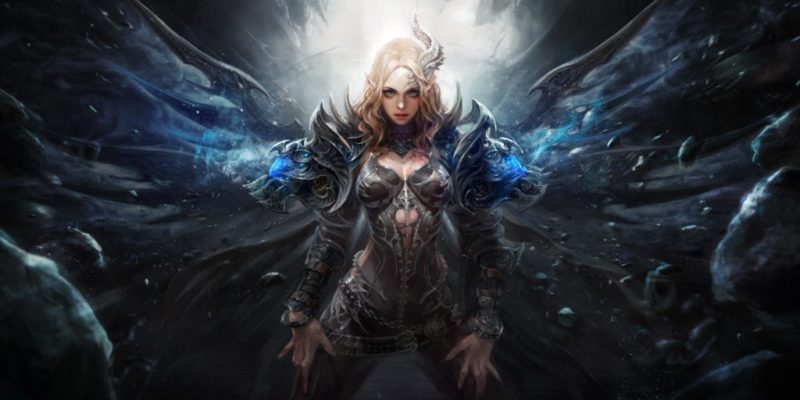 TRION has been reasing their new game for a week or so now and we can finally reveal that it’s called Devilian.

Is this just another Diablo clone? Well kind of but there is a twist. This time you play a race of Devilian who are half human half devil and you will take on two roles which includes either of the main classes such as the casting Evoker (caster), the Shadow Hunter (melee/ranged), the Canoneer (trap laying), and the Berserker (duel weilding heavily armoured).

As the name of the game suggests, there’s a devil inside you and that’s the Devilian form which players can transform into should they have enough Devil Soul collected from killing enemies. Think of the Devilian form as a powerful entity which levels independently from your main role. It’s a similar idea to what we saw in Shadows: Heretic Kingdoms.

Character come with their obligatory skills with each class featuring three skill trees with a new skill point available at every new level reached. It’s an all so familiar formula. There’s also a Talisman system which can augment your skills and these are gained through crafting and will add bonuses to your character that will increase by sacrificing Talismans you don’t find useful. 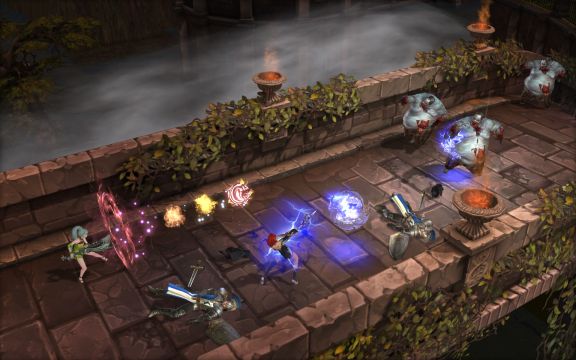 Unlike games such as Path of Exile and Diablo 3, this is an MMO with both PvE/PvP gameplay and instanced dungeons for up to groups of three. The dungeons will work in a similar way to a typical MMO where you have to learn the boss fights and think strategically. There are also end-game raids which will handle up to nine players. It’s important to point out that the “overworld” is where most of the action will take place and it’s where all players will come together outside of the instanced content.

PvP is being catered for with a 20 vs 20 and  3 vs 3 arenas with capture zone gameplay where control points will spawn NPC helpers when the control point is captured. In PvP you will also have access to the Devilian character mode all the time as well as all your skills.

The social aspect of the gameplay is a point they are stressing with guilds and the formation of guild alliances. Players will be able to send other members of their guild free gifts which will help them grow stronger and there will be a certain amount to dish out each day.

The game is actually being brought to Europe and the US by TRION and it’s being developed by Bluehole who were the team behind TERA which does set the alarm bells ringing. We’ve seen that TRION has the ability to create a solid in-house developed MMORPG such as Rift so how this will fair remains to be seen, but to be frank, Devilian doesn’t look particularly good.

This is a typical looking Korean MMO played out in an ARPG style so it’s not going to appeal to western gamers and Devilian is really aimed more at the MMO audience than the ARPG gamer despite how it looks.

There will be a subscription attached to Devcilian along with a cosmetic cash shop in case you were wondering how TRION expects to fund the game once it’s released.

The official website is now live so you can also check that out and also sign-up for the beta.

Path of Exile: The Awakening gets 10 July release date

Scrolls Is Shutting Down