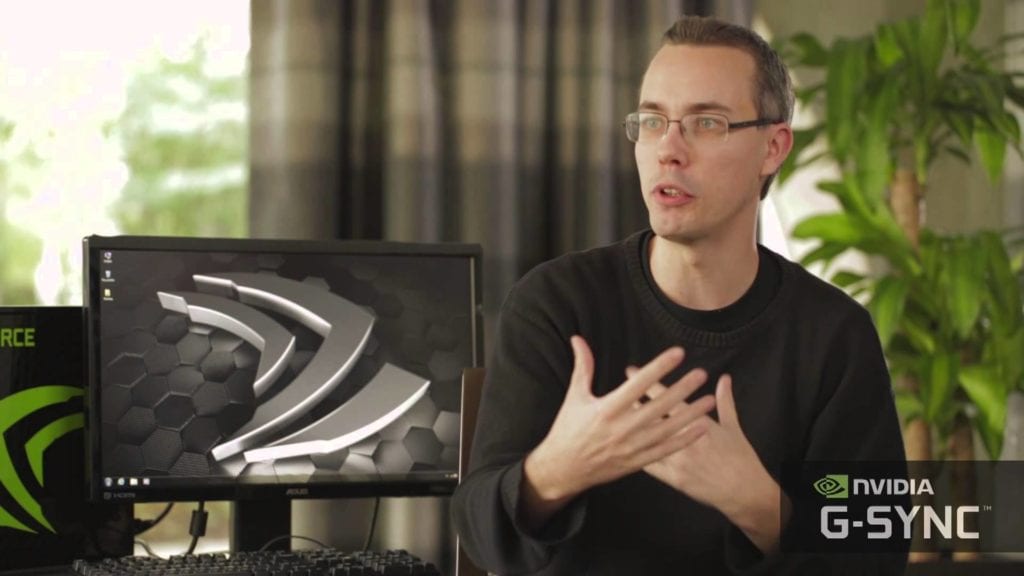 If it actually DOES have that glow around it, though, I’m going to get very freaked out.

If you’re a PC gamer with any real knowledge of tech, you probably won’t need to hear these three talking about how useful G-SYNC is. In case you haven’t heard of it, though: it’s a monitor module that synchronises the monitor with the GPU. This means two things: you won’t have to use V-Sync, so your framerate won’t be regularly dropping below the standard, and it’ll eliminate screen-tearing because frames won’t be drawn faster than they can be displayed.

In short: less framerate drops, less artifacting, and this supposedly won’t increase the cost of the monitor. If it does what’s promised, I will be picking one of these monitors up as soon as I can.

You can read up more about G-SYNC here, and have a look at techie talking heads below.