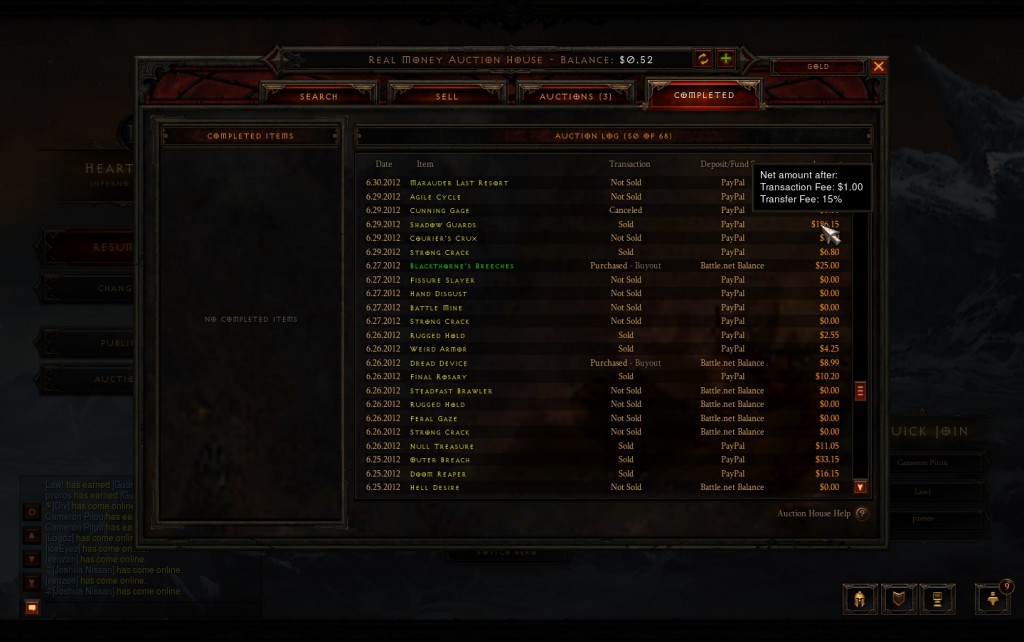 The Diablo 3 real money auction is continuing to frustrate players, and today another case arose of another expensive item mysteriously vanishing.

Player Lowkeylai sold an item worth $186 thinking the deal was done once he had received the confirmation message in the game and via email. Unfortunately for him the Blizzard auction house system had other ideas and the money never appeared in his PayPal account.

Lowkeylai followed up with Blizzard support to find out what was going on with the payment, and after many support tickets, he was told that the sale had actually failed, despite receiveing confirmation it had completed and the item was sold. When the item did not appear back in his account, he was then informed by Blizzard support that the item could not be reinstated.

As any Diablo 3 player will know, the item hunt can be more than tricky, so when you find something particularly valuable, it will have been after many hours of item farming.

The support from Blizzard was less than satisfactory and highlights that Blizzard do not have sufficient systems in place to deal with their auction house customers. Considering that much of Diablo 3 has been designed around the real money autcion house, you would have thought this was one area that would have been nailed down before the auction house actually launched.

In the correspondence from the Blizzard support team, Lowkeylai was asked to “continue to enjoy his World of Warcraft experience”. It certainly looks like no proper procedures are in place to deal with auction house queries and standard emails are being pumped out in an attempt to keep customer happy. No sale and no item, not much to be happy about there.