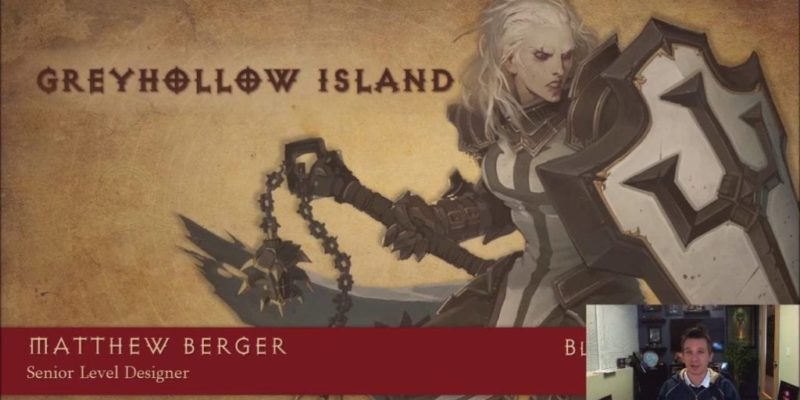 If you’ve ventured on to the Diablo 3 v2.4.0 PTR servers then chances are you’ve discovered one of the new zones called Greyhollow Island.

At BlizzCon this year Senior Level Designer Matthew Berger held one of their quick design talks which focused on the new zone. Matthew has now decided to revisit that talk and release a version for those who couldn’t attend the event.

The video looks at the design process of Greyhollow Island, early versions and art, zone events that were not included, and whole areas such as the Ancient City which were added and then removed.