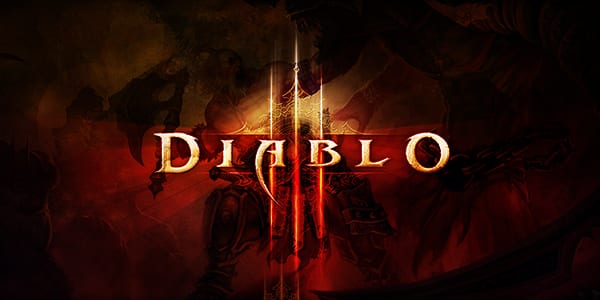 IRVINE, Calif.–(BUSINESS WIRE)– Blizzard Entertainment, Inc. today announced that Diablo® III, the highly anticipated next chapter in its award-winning action—role-playing-game series, is now available in retail stores throughout the U.S., Canada, Europe, South Korea,Southeast Asia, Australia, New Zealand, and the regions of Taiwan, Hong Kong, and Macau. Gamers in the regions above as well as in Mexico, Argentina, Chile, and Brazil are also able to purchase Diablo III digitally via the game’s official website (https://www.diablo3.com).

In the wake of a Blizzard record of more than 2 million preorders*, and following more than 8,000 midnight launch events earlier today at retail stores worldwide, gamers across the planet are now storming Sanctuary in hot pursuit of the Lord of Terror.

“This launch is a culmination of many years of hard work by our development team, and many years of passionate, dedicated support from gamers around the world,” said Mike Morhaime, CEO and cofounder of Blizzard Entertainment. “We’re grateful for the enthusiasm of our players, and for the help of our beta testers in getting the game ready for release. Now that Diablo III is live, we hope everyone’s ready to have a hellishly good time slaying demons and collecting loot in Sanctuary.”

Diablo III is available for Windows® XP/Windows Vista®/Windows® 7 and Macintosh® at a suggested price of $59.99 USD for both the retail DVD-ROM version and the digital version sold directly from Blizzard. A special alabaster-white Collector’s Edition, sold exclusively in retail stores while supplies last at a suggested price of $99.99 USD, includes the game on DVD-ROM, a behind-the-scenes Blu-ray/DVD two-disc set, the Diablo III soundtrack CD, a 208-page Art of Diablo III book, and a 4 GB USB soulstone (including full versions of Diablo IIand Diablo II: Lord of Destruction®) and corresponding Diablo skull base, as well as exclusive in-game content for Diablo III, World of Warcraft®, and StarCraft® II: Wings of Liberty®. Diablo III has received a Mature rating from the ESRB.

Players in the Latin American countries listed above and in Russia will be able to purchase Diablo III at local retail locations starting June 7. Digital availability via https://www.diablo3.com for the Russian version of the game will also begin June 7. In addition to the English version, Diablo III is fully localized into Latin American Spanish, Brazilian Portuguese, French, German, European Spanish, Italian, Polish, Russian, Korean, and traditional Chinese.

Diablo III continues the epic Diablo storyline, with players taking on the role of one of five heroic characters — barbarian, witch doctor, wizard, monk, or demon hunter — and embarking on an epic quest to save the world of Sanctuary from the corrupting forces of the Burning Hells. As players adventure through rich and varied settings, they’ll engage in pulse-pounding combat with hordes of monsters and challenging bosses, grow in experience and ability, acquire artifacts of incredible power, and meet key characters who’ll join them in battle or aid them in other ways. The game features the intuitive interface, fast-paced action, and visceral gameplay that Diablo players have come to expect and enjoy.

Designed from the ground up to leverage the full functionality of the Battle.net® platform, Diablo III also provides gamers with industry-leading matchmaking and communication tools, allowing adventurers to seamlessly join forces for cooperative play. Battle.net also provides the infrastructure for the Diablo III auction house, a feature-rich marketplace that Sanctuary’s heroes can use to trade their hard-earned treasures. To learn more about the auction house and the other features of Diablo III, please visit the official website athttps://www.diablo3.com.

With multiple games in development, Blizzard Entertainment has numerous positions currently available — visit https://jobs.blizzard.com for more information and to learn how to apply.

* Includes units preordered as part of World of Warcraft Annual Pass promotion, as well as retail and digital preorders.