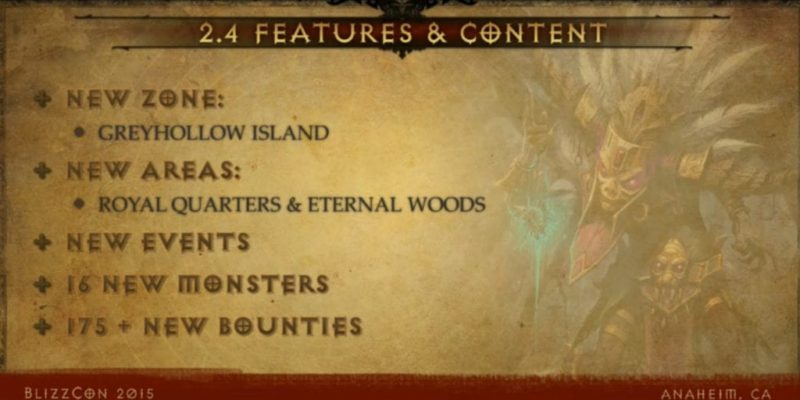 Blizzard has done a great job at hiding Diablo 3 away in the murky depths of the BlizzCon convention centre but that doesn’t mean there’s nothing to talk about.

This evening the Diablo 3 development team announced all the new content that’s coming in patch 2.4 which will go live as soon as next week on the PTR servers. The Diablo 3 team appear to be cramming in more new content with every patch update and 2.4 has some big changes, including the much requested extra stash tabs.

To summarise, this is what’s being added in patch 2.4:

The additional stash will be much appreciated by players and the Empowered rift look interesting, even if they appear to being added purely as a gold sink. It’s hard to explain all the new features in words so it would be a good idea to watch the panel below which shows the 2.4 update in full.