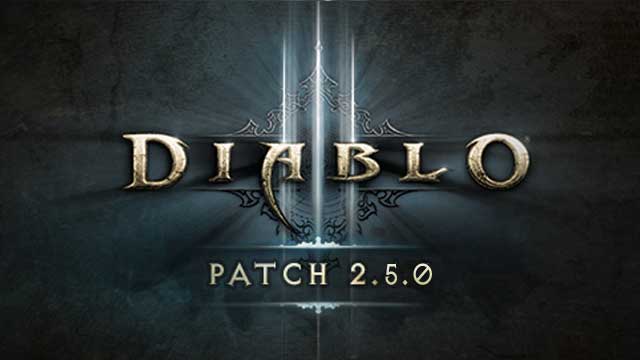 Diablo 3‘s patch 2.5.0 has been in testing on the PTR for quite a while but it looks like it’s about to get pushed live.

Blizzard has highlighted some of the main changes and features coming in the patch. Primal Ancients have been a hot topic of discussion since they rolled out on the PTR and not everyone has been impressed which is par for the course when it comes to Diablo 3. Primal Ancients are a new tier of very rare Ancient items that will roll with “perfectly rolled stats” on every affix. The drops are tailored to your class but not your build and they will always come with an “ideal number of sockets” depending on item type.

Adventure mode Greater Rifts are going to be a little less predictable when it comes to tilesets and some of the more frequent tilesets that show up are being dialed back while others such as Festering Woods or Stinging Winds are being boosted. Then there’s Large Horadric Chests which are a combination of Bonus Caches from bounties and the Horadric Cache.

The Armory is one of the main new features, this allows players to store five character builds which makes swapping between item sets a lot less cumbersome. There’s also now a Crafting Mats UI with all mats stored in their own UI tab. A couple of decent quality of life updates that should free up some space.

With Blizzard posting their overview, it’s pretty safe to say this latest Diablo 3 patch could drop next week.