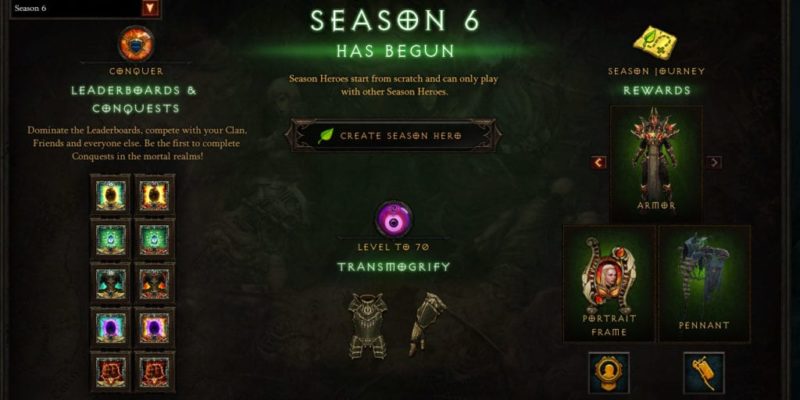 Diablo 3 patch testing continues for version 2.4.1 this morning and the next phase is the launch of Season 6 prior to it actually going live. The note from Blizard reads:

“Season 6 is now live on the PTR as of today, March 23, at 5:00 p.m. PT. As part of the Season launch preparations, the PTR has been wiped of existing information. You will need to copy your character again if you wish to continue testing outside of Season 6. We apologize for the short notice.

“Note that importing a character from live after the start of Season 6 will automatically convert your Seasonal characters to non-Seasonal; Season 6 characters must be leveled in the Season 6 environment.”

The launch on Season 6 on the PTR also brings new Conquests and they can be seen in the image we snapped below. There’s still no date for the live launch of 2.4.1 but at least the Season testing has now begun. Blizzard recently “previewed” the 2.4.1 changes which included notes on the balancing changes.