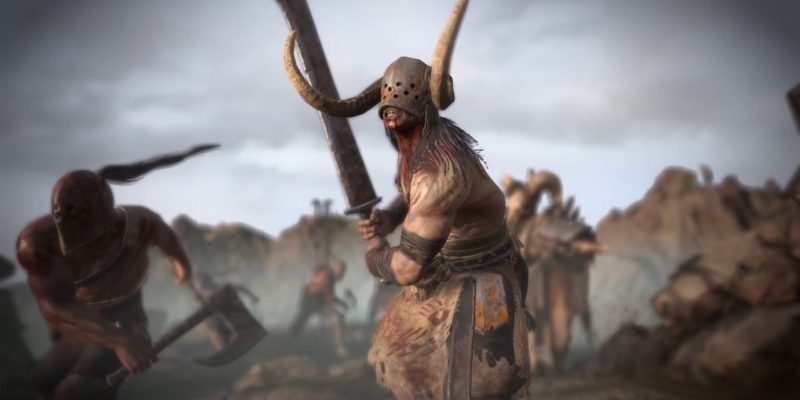 Expectations for a new sequel are always high, but when it is a Diablo game, the bar goes even higher. In a new quarterly update on Diablo IV, the developers at Blizzard are sharing about the processes behind-the-scenes. Not only are we learning about UI changes to the gameplay experience, but we now have one new monster family to get up close and personal with — the Cannibals. Senior Encounter Designer Candace Thomas gives us a detailed look at how monsters function in the game.

For Diablo IV, monsters are now classified into different families. Familiar foes like the Fallen are just one of many families that roam Sanctuary:

In Diablo IV, the vast and seamless world we created necessitates a slightly different approach to worldbuilding and storytelling. It requires building Sanctuary as a living, breathing character—especially through its creatures.

Since we have everything from serene ocean cliffsides to the gaping maw of Hell itself, what does that mean for the bestiary? Well, to fill those areas and make them feel real, we definitely needed to have more non-aggressive wildlife than in Diablo III. But never fear, we still have plenty of monsters to fight.

In order to deliver a more robust experience with increased sophistication, every monster has been reimagined. Darker, grittier, and more importantly, they each have a family of archetypes, combat style, and feel.

Each has a different role to play. Swarmers attack in groups, giving you a perfect opportunity for AOE damage. Bruisers are hulking beasts “with high health values, which will make damage over time abilities feel good.” The melee units are also meat shields that help protect the ranged units. 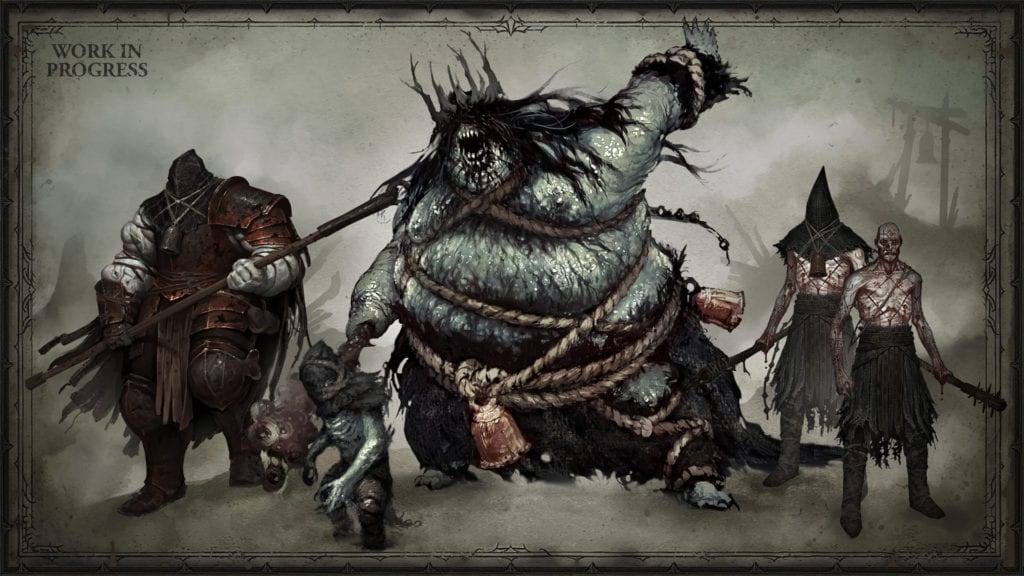 It all comes together to “provide the player with interesting positional dilemmas.” Blizzard believes the benefit of building a monster family is be able to create these uniquely crafted combat experiences.

You are what you eat

Here is how Blizzard’s Liya Khal’tib envisions the Cannibals as a family made just for Diablo IV:

Corpses riddled with bite marks. Splintered bones scraped clean of marrow. Tongues sawed off and eyes gouged out of their skulls. These are the bloody fingerprints the Cannibals leave behind—if they leave behind anything at all.

No one is certain where they come from, but some legends claim they are a former tribe of barbarians, banished from Arreat years ago. Whether their cannibalism led to their exile or developed out of desperation afterward is unknown. The outcasts brought their endless hunger to the Dry Steppes, and from there spread to the far corners of the world to prey on lonesome caravans and unsuspecting villages.

The few who have survived encounters with these butchers share the same stories. They tell of the mad fire that burns in the eyes of all Cannibals, of how eating the flesh of their victims in battle only fuels their hunger for more.

They whisper of the unlucky souls spared in the attacks, hauled off like livestock for the raiders to pick clean until their next hunt. And then, they say no more. The silence speaks for them: sometimes it is better to die than to live and remember.

Combat with a bite

Combat in Diablo IV is a facet of the action role-playing game everyone looks forward to, and the team has been hard at work tweaking how the Cannibals fit into the game’s narrative and its combat experience. 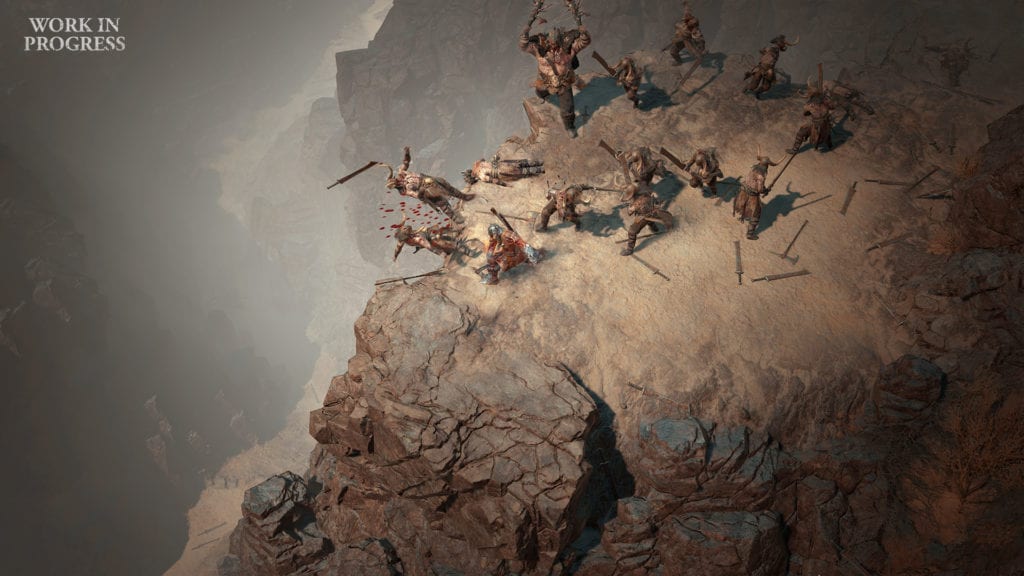 The four members of the Cannibals each brandish their own unique weapon. With a different silhouette and stance, it is easy to tell them apart. The melee members uses either a two-handed greatsword cleaver or a lightweight halberd.

The former is slower with a frontal sweeping attack, while those using the latter can leap at players from a distance with a powerful blow.

Two other members of the family, the bruiser and the swarmers, make for a lethal combination. “The dual-axe-wielding swarmers can unleash a flurry of frontal attacks that will quickly kill if left unchecked,” and getting stunned by a bruiser will utterly punishing. It is this kind of combination that make the Cannibals a force to be reckoned with. 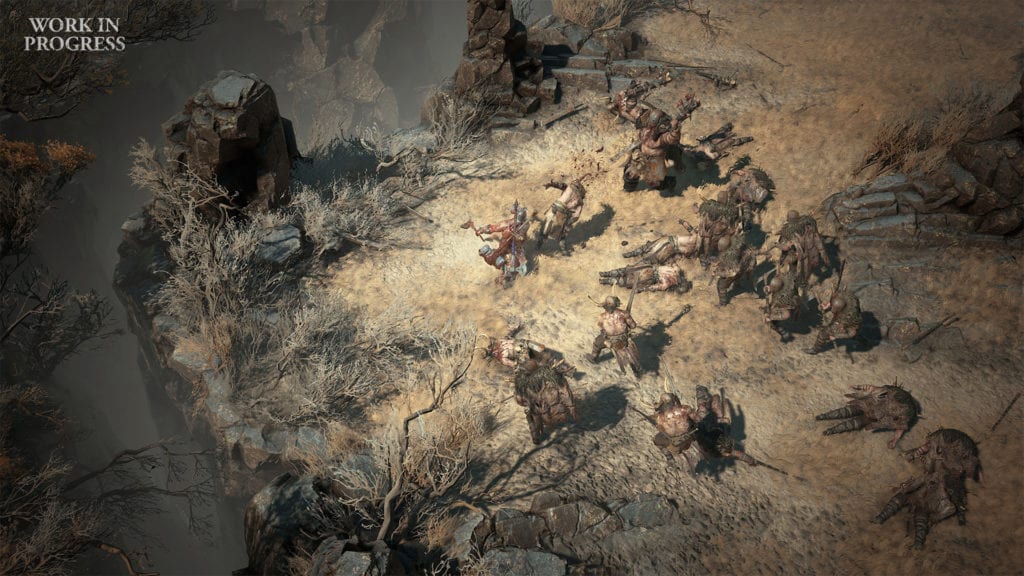 These additions mean that positioning is key if you want to tackle the threats effectively. The Cannibals boasts no ranged units, but their swiftness makes up for it. Being able to leap distances helps them close the gaps, while their agile movement can get them closer to you in no time. It should provide a uniquely frenetic sense of danger.

From what we have learned, it is going to be a vastly different romp through Sanctuary in Diablo IV. If the Cannibals are any indication of the thought and work put into creating new monsters for the game, we are getting even more excited.