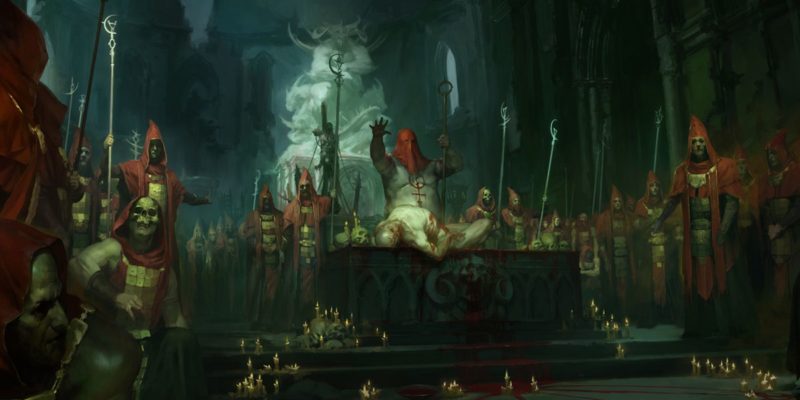 It has been a good few months since we last heard anything from Blizzard regarding the next entry in the Diablo franchise, and the company has duly delivered. In the latest Diablo IV developer update, the studio shared plenty about what players can expect from itemization in the next entry. An integral part of the experience, Blizzard is keen to share what are some of the changes being made and where the focus lies as development continues.

As game director Luis Barriga shared, the team is not leaving any stone unturned. Any element of itemization that affects the player, from the stats to visual representation, are being looked at. While it is still early days, adopting such an attitude will ensure players get the best experience with the final product. In the Diablo IV developer update, it is clear that three core ideas are driving the design.

The first being that class identity needs to be emphasized in the presentation. Items and skills that help players fulfill the fantasy of their classes are paramount. Next, customization will go deeper. Rather than let items define your class, they should be there to support and enhance your chosen class. Lastly, the team is targeting a depth between Diablo II and III. Blizzard wants you to have years of fun discovering and tweaking your class builds.

The Diablo IV developer update goes further to detail the steps taken. Blizzard will make big changes to itemization, such as the element of weapon speed. One-handed weapons will give you faster attacks and movement. On the other hand, two-handers will make you slower, but let you hit harder. Certain items will have an inherent physical characteristic that is permanent as well. Shields, for example, will always have a block attribute. 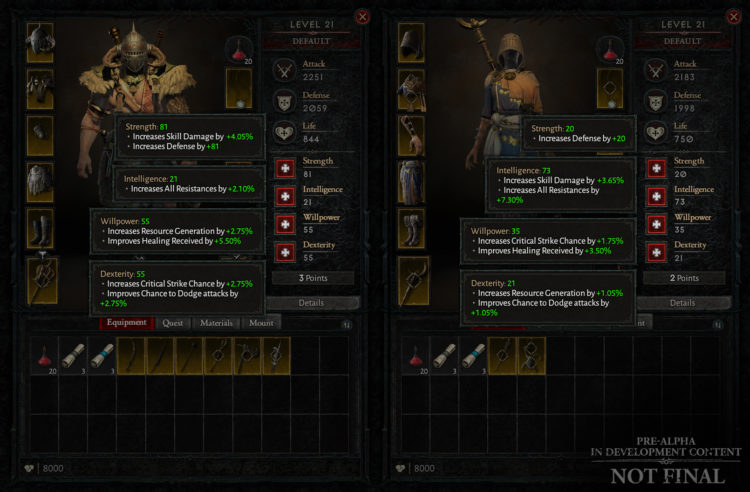 In terms of flexibility, players can expect a change in item qualities as well. Instead of forcing players to only consider higher tier items as the only way of progression, Blizzard is looking at switching things up. For Rare and better items in the endgame, the number of affixes will be increased. For Legendary affixes, they will be random rolls. Unique items will be replacing the familiar Mythics. 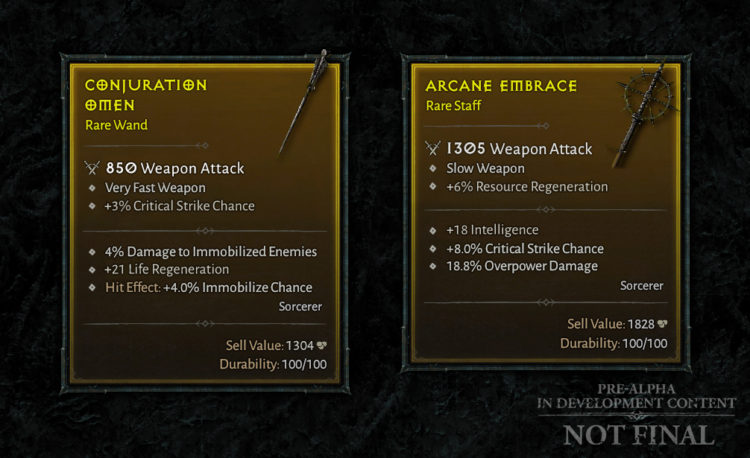 Equipping certain items will also let you boost various stats to some degree, but the main improvements will still come from your point allocation. As the Diablo IV developer update explains, the skill tree will also impact your stats. Multiple nodes will provide additional effects if you meet stat thresholds. A good double whammy of sorts.

Skills to pay the bills

This particular Diablo IV developer update also references the previous one that focused on the game’s skills mechanics. The team is headed in the right direction according to initial testing. Further improvements will still be made, while certain elements such as clustered skill nodes will be added to make it easier to obtain skill upgrades. 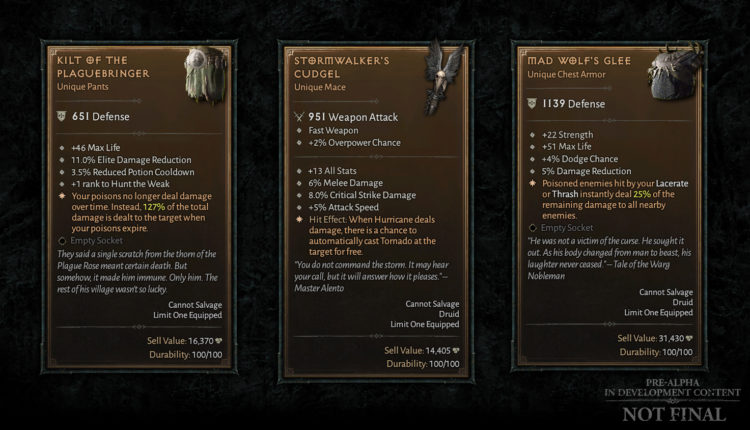 Players will still retain the ability to respec, but the higher your level, the more it will cost.

Active development means that these changes are far from final. At the very least, we are kept abreast of what is going on with the development of the game. For those eager for the next Diablo IV developer update, look no further than BlizzConline, which will happen on February 19 to 20.

Enjoy the madness together as Spelunky 2 multiplayer goes live