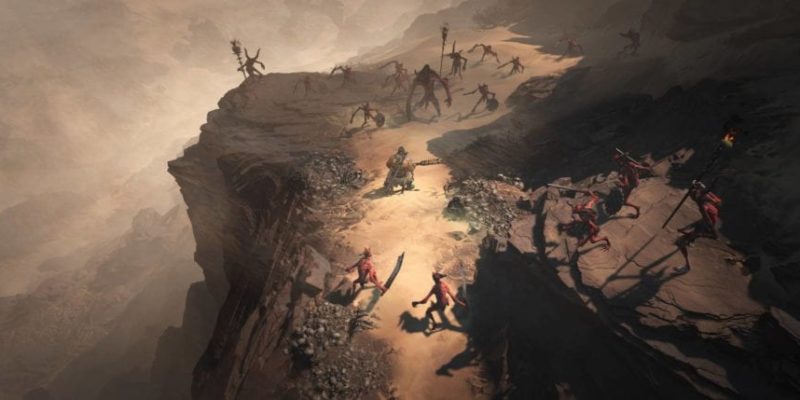 After announcing Diablo IV at BlizzCon today, Blizzard was pretty forthcoming about its different gameplay elements. Three classes and a new antagonist were revealed, but none of us had any idea about what Blizzard would reveal next. Well, it turns out that Diablo IV will be a seamless, shared world game.

Expect towns to function as hubs, similar to Path of Exile.

From the sounds of it, you can expect the shared world to function similarly to games such as Destiny 2. Blizzard states that “Diablo IV will provide opportunities for groups of players to encounter each other in the same shared world.” What you do then is up to you. Will you group up with them to take on bigger challenges? Or will you take part in PvP combat? It will be interesting to see how it functions exactly. And if you aren’t a fan of shared worlds, don’t fret. You will still have the option of playing solo or just with your party.

Blizzard sure is making an effort to reinvigorate the Diablo series. According to game director Luis Barriga at BlizzCon, the focus for Diablo IV involves a specific design triumvirate: darkness, world, and legacy. We already heard about the shared world, but Blizzard also teased some of the locations that we might see in Diablo IV.

Importantly, the world of Sanctuary will be a contiguous, seamless landmass. Players will travel to regions such as the scorching deserts of Kejhistan, the werewolf-infested forests of Scosglen, and the cruel Dry Steppes. Fans of the Diablo series have come to expect these different biomes. And you will have mounts to make traveling easier.

Get around quicker on a mount.

Expect your Diablo mainstays to make an appearance in the fourth iteration. Talent trees and skills, legendary and set items, and runes and rune word combinations will allow gamers to choose their playstyle.

According to game director Luis Barriga, the world of Sanctuary is being put “front and center” in Diablo IV. The environment will truly come alive. Drowned dead will crawl out of the coastlines. Goat-men will leap down on you from the hills. And worse things will creep out of the infernal depths you will descend into.

Diablo IV doesn’t have a release date, but it has been confirmed for PC. Check out the website for more info.