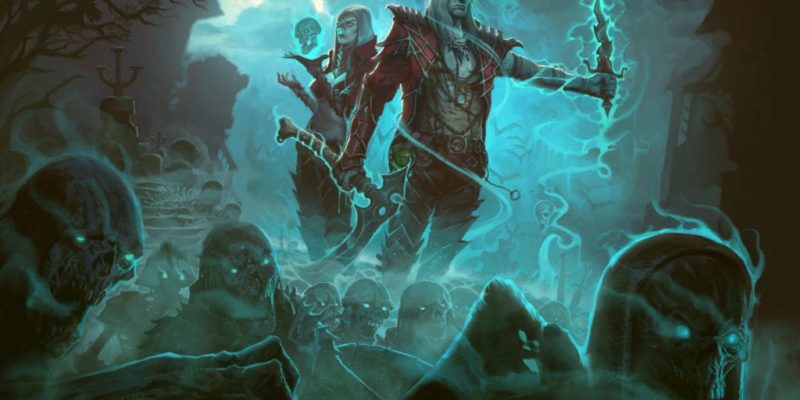 For weeks the Diablo community has been trying to figure out what Blizard will announce for the Diablo franchise. An image leak suggests a new class will be added to the current game.

An image of the Necromancer class by artist John Mueller, who is a Diablo 3 art Director, appeared then vanished from Blizzard’s store pages. It was thought for some time that Mueller was now working on an unannounced Diablo project and this new image seems to confirm that, although there was speculation it was for a completely new game.

We are still not sure whether this new image is attached to the current game or something new. A Diablo 2 HD version would be fantastic. We shall have to wait and see at the end of this week when BlizzCon 2016 finally kicks off.

Keep your eye in Diabloii.Net for more news as it happens.