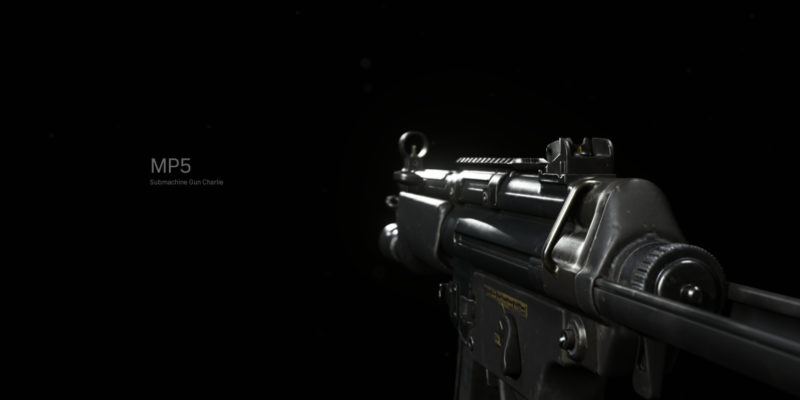 Recently, Infinity Ward released a brand new patch update. The patch update that kicked off Season 5 reloaded provided Call of Duty: Modern Warfare and Warzone fans with new content. The patch update mainly focused on addressing bug fixes in both Call of Duty: Modern Warfare and Warzone, such as various fixes for self revive. However, since the update was released, players have discovered that the MP5 submachine gun appears to have been hit with a nerf. The MP5 has been a fan favorite sub machine gun since the title released, even after Infinity Ward hit the weapon with nerfs to its range and 10mm round attachment in the past. Do note that the MP5 was not mentioned anywhere in the recent patch notes.

Call of Duty: Modern Warfare and Warzone players took to Twitter to express their frustrations surrounding the secret nerf. In addition, fans have been sharing images which display the MP5 before and after the patch update. From the comparison of the two images, it is clear that the field of view has changed since the patch. When you aim down sight with the weapon, it appears more zoomed in. As well as this, many players are claiming that the MP5 now has more recoil. However, the recoil pattern could appear different due to the field of view now being more zoomed in. Although, this is difficult to determine without any official confirmation from Infinity Ward.

Understandably, Call of Duty: Modern Warfare and Warzone fans are shocked to discover the changes to the MP5. It is currently unknown why Infinity Ward chose to secretly change the sub machine gun. This is especially confusing as the MP5 was already quite a balanced weapon in multiplayer and in Verdansk. It will be interesting to see if either Activision or Infinity Ward decides to comment on this issue. Until then, if you continue to use the MP5, it may take a while to get used to again.

By Otto Kratky60 mins ago
News