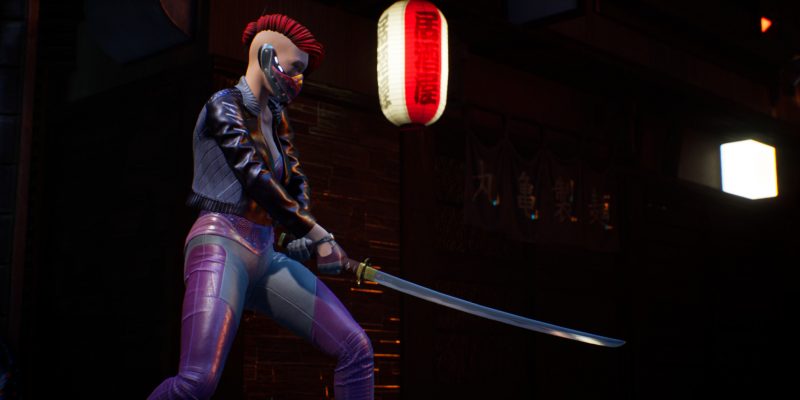 Kickstarter has been a blessing for many genres of games that don’t get the same amount of time in the limelight as others. Retro-style games, platformers, and the like have all seen success on Kickstarter when major publishers are less willing to bet on more niche genres. While fighting games aren’t necessarily obscure, they definitely don’t have the same clout as genres like first-person shooters or MOBAs. So, it is even rarer to find fighting games that break outside the mold of mainstays like Street Fighter or Mortal Kombat. That is where Die by the Blade comes in.

Die by the Blade is a 3D fighter that harkens back to the likes of Bushido Blade and other “one-hit-kill” fighters. The game found great success on Kickstarter, pulling in more than $25,000 USD with nearly 500 backers. The attention demonstrated that fans of the fighting genre are hungry for something familiar, but different from the standard fare. We got a chance to speak with Peter Adamondy, the studio director at Triple Hill Interactive — an indie game development studio based in Košice, Slovakia.

In our exclusive Die by the Blade interview, we talk to Adamondy about the development of the game, and what it took to bring it to reality.

PCI: What are some of the challenges when making a fighting game like this, that is so different from something like Street Fighter or Tekken? What lessons from games like Bushido Blade did the team learn when developing Die by the Blade?

Peter: Health systems works pretty much as a “mistake buffer.” Since we do not have a health bar, the main challenge is how to make the game fun for both sides and have a deep combat system at the same time. It’s fun to kill an opponent with one hit, but certainly this is not very enjoyable for the other side! So the challenge for the team was to create a combat system in which you can make some small mistakes, but you won’t get killed right away. Of course, if that mistake is big, then you’ll lose. 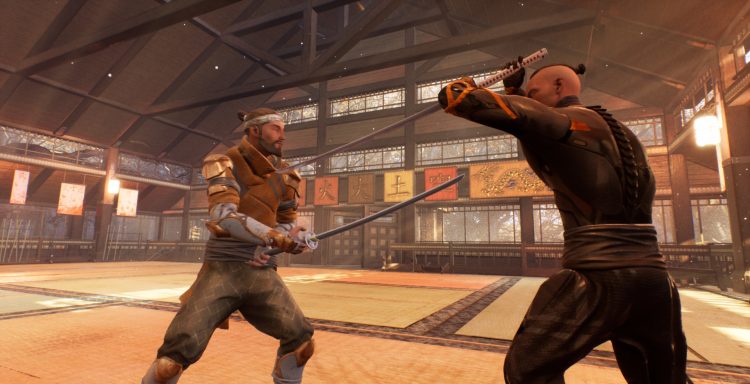 We’ve definitely learned that making a fighting game is much harder than it looks. From the Bushido Blade games we’ve learned that even though, according to today’s standards, they are technically obsolete, they do have a specific and enjoyable experience at their core which is hard to find in the current market. Funnily enough, we’ve found that the nearest games to the original Bushido Blade games are Nidhogg 1 and 2. We’ve also learned how to develop on a new engine, since previously we’ve been working in Unity, so that’s a nice bonus.

PCI: Ranged combat is a very interesting, and somewhat controversial, mechanic for a game like this. Was there debate amongst the team about its inclusion? How do you go about balancing something like that in a game like this?

Peter: Frankly, we are still debating how to do it and if we even should. Implementation is not such a big challenge; however, design-wise it can be a big deal that could make or break the game. Currently we are thinking either about “one-time use” per match (like a bow with only one arrow), or just simply throwing your main weapon (or both). But this must be part of the testing process to make sure that it does not give a massive advantage or disadvantage to the player.

PCI: Speaking of balance, what were some of the challenges when trying to balance a game like this where a match can be determined in one hit? Was there anything you wanted to avoid repeating from other, similar games? Or even something that the team wanted to include from those same games?

Peter: All weapons have a few specific parameters that we use, like length of the weapon, weight, blocking box size, and speed of an attack, wakeup, recovery times etc., which are combined in a zero-sum principle. We tweak those parameters so that each weapon fills its unique niche. Then all attacks, special moves, and combos for that weapon will follow that setup. For example, we have short, dagger-like weapons which work at a short distance, have a higher speed of attack, but long recovery and longer blocking disadvantage – which is basically a stun if your attack is blocked correctly.

The Katana is in the middle, so we use it as a “measuring stick” for all other weapons. That is our starting point, and as we add more weapons they are all set up in reference to the katana. Such a system balances weapons mathematically, but there are still some variations in attack animations, so this is where playtesting comes in, and we have to test each weapon against each other. The concept of hit advantage/disadvantage is borrowed from “standard” fighting games and was not part of the original Bushido Blade games for example. It gives us a lot more head room for balancing and combat variation. We also really wanted to avoid unblockables. This is something I hate in fighting games. So, there is no attack that can’t be blocked or parried.

PCI: How has the Kickstarter experience been for the game’s development? Has it been freeing or restrictive in your experience? What are the pros and cons in your eyes of developing through Kickstarter?

Peter: It was a new experience for us, as we haven’t activated a Kickstarter campaign before. We did some things right, some things not so right. But overall, it worked as a kind of convex mirror, really focusing the vision of the game. We had to finally decide on various things, like the game setting, characters, combat system etc. So, in a way it was an exercise in really confirming the design direction we wanted for the game. We also found out a few interesting sources from where our potential players might come from. It confirmed that the game concept does have an audience, and that there actually is a player base for games like ours.

The main pros are that the game is being promoted and people get to know about it, so we have some nice early feedback on various aspects of it. Community building was a big part of our effort for the Kickstarter campaign, and as I’ve said, it also helped us to focus our vision and decide on some key features that are or aren’t important for our players. The main con, in my opinion, was the amount of work and time that needs to be dedicated to the set up and running of the campaign which could have been spent on the game’s development instead. We finally managed to do both at the same time only thanks to our awesome team members focusing solely on Kickstarter, so development slowdown wasn’t that massive. When planning a Kickstarter campaign you should keep these things in mind and do your own development risk assessment. The COVID situation has had a much greater impact on the development aspect than Kickstarter ever did.

PCI: I always love asking this question, but if money wasn’t an option what would you love to put in the game if you could? Whether that be a feature or something crazy like a guest character?

Peter: I would like to have a full cinematic campaign with all bells and whistles. That would be awesome. Also, I would love to have Keanu Reeves as a main character. But that is just me, probably!

Who rules the dojo?

Peter: That would be me for fighting games in general and a close call with our lead programmer for Die by the Blade specifically. I am always on top when we implement and test new features, then he “gets it” and beats me after some hands-on time. So, I constantly add or change features to stay on top… Yeah, I know!

Easy to pick up, hard to master

Peter: I would tell them that we are doing our very best to capture the feel and thrill of these types of games. To create a game with a rich combat system where you could debate for hours about which weapon or tactics are better for a given situation. For new players, we want to say that they shouldn’t feel intimidated. We are making it simple to pick up, so that you will soon be able to kill even skilled players if they make a mistake. There is no better way to boost a friendship than chopping your friend’s head off in a video game.

With that we would like to thank Peter for taking the time to speak with us. Die by the Blade is set to release sometime in 2021 and you can wishlist the game on Steam right now.

This interview has been edited for clarity.