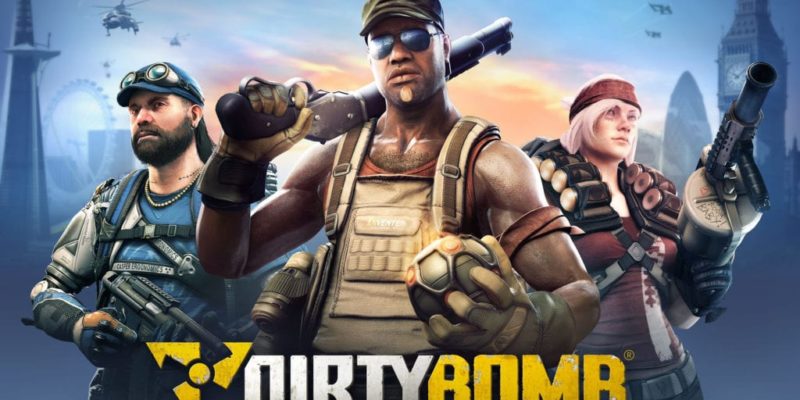 Splash Damage still have Dirty Bomb labelled as “beta” so the testing continues with another major update to the free-to-play shooter.

Tomorrow (Wednesday, 28th October) the next major update goes live on the servers and it’s called the Containment War. This update includes a new map which was available earlier in the testing process (called Dome), new Containment War Loadout cards are being added, and – as we reported a couple of days ago – players who login to the game between the 28th and Wednesday 4th November will get a free Merc in the form of the medic Phoenix.

The limited edition event Loadout Cards will be available for 30 days following the release of the update and can be obtained in three ways.

Execution mode, where players have one life and a match is played over 12 rounds, will also be available on the Overground and Market maps. Eliminate the enemy team or destroy a section of the Containment Shield to win these.

Last but by no means least is the new Merc called Stoker, who’s handy with Molotov grenades and can throw down an ammo station for resupplies.

“The love, the swearing, the passion, the rage… Dirty Bomb‘s Open Beta phase has been emotional. But it’s this emotion from our players that tells us the fight for improvement is worth it, and why this is our biggest update yet,” said Neil Alphonso, lead designer on Dirty Bomb. “We’re grateful to everyone telling us what they love or what they’d like to see improved so far. In an expanding universe of team-based shooters, we’re committed to giving hardcore PC players something a bit different for years to come.”

It’s also worth pointing out that this update also changes the Competitive mode unlock level to 7 which means new players will have to invest more time playing to access this mode.

5 Things I Want to See from the Darth Maul Game