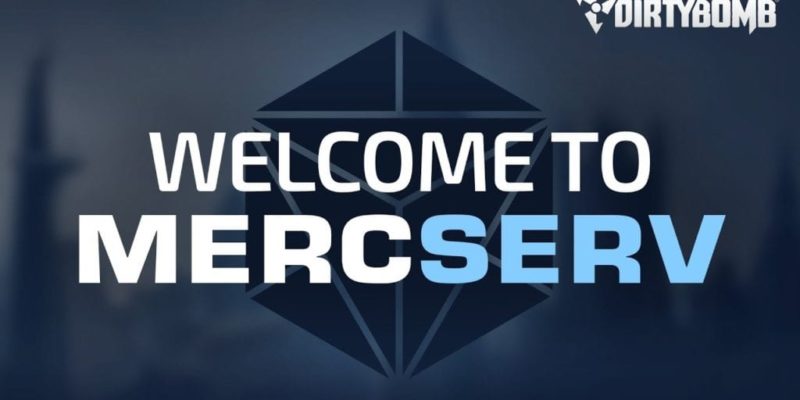 Splash Damage has released the large MERCSERV update for their shooter Dirty Bomb and there’s new stuff as well as plenty of changes.

This update brings community servers and players can now set up their own servers, steam trading has been added, the progression system has been tweaked, there are new weapon skins,  and Missions have been changed re-rollable Contracts.

This changes in this update appear to be encouraging players to stay playing longer by offering better incentives and also encourage new players to join the game. New players will now be offered an extra Merc in the form of the engineer Bushwhacker on completing the tutorial which gives new players an extra Merc to play with which is good. Mercs such as Kira, Vassili, Turtle, Sparks and Fragger have also had their price reduced.

Account levels have also been reworked to address the problem of leveling up faster when over level 7. It did take quite a time to get that level-up bar moving and this should make players feel like they are making some progress in the early stages of playing. Likewise, Credit Boosters have been changed from, hours to days.

To get new Dirty Bomb players involved there is also a playlist of tutorials on Youtube and in-game which should new players running around like headless chickens. The new video below is just one example.

Notes from Splash Damage on this latest Dirty Bomb update can be found here and additional notes are below.

Parkasaurus will challenge you to design a dino park