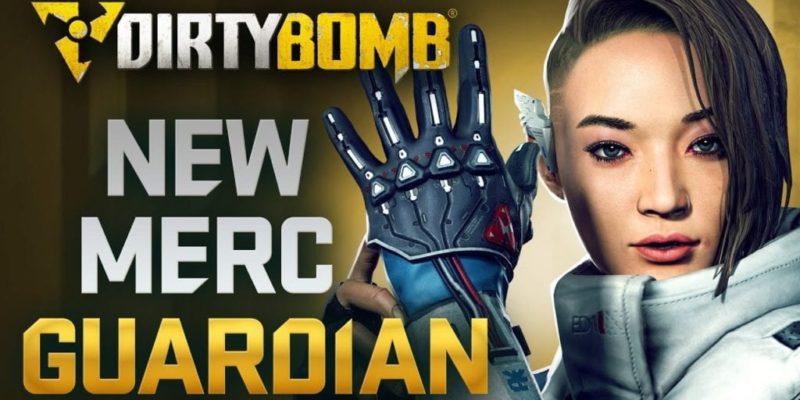 Splash Damage will be releasing a new Merc called Guardian for their free to play shooter Dirty Bomb next week.

Guardian is the latest combat medic to join the roster and this Korean medic comes with her own abilities. First up is the Sky Shield which is a protective anti-projectile device which is small deployed floating drone. It will destroy incoming fire such as Javelin’s rockets of even Sky Hammer’s airstrikes. Remember though, it only destroys projectiles so shoot it with normal gunfire to get rid of it.

As with all healers, she’s going to take some getting used to but used in the right circumstances she should be a powerful addition to any team.

Dirty Bomb is free to play and we suggest you try it if you have not done so already.