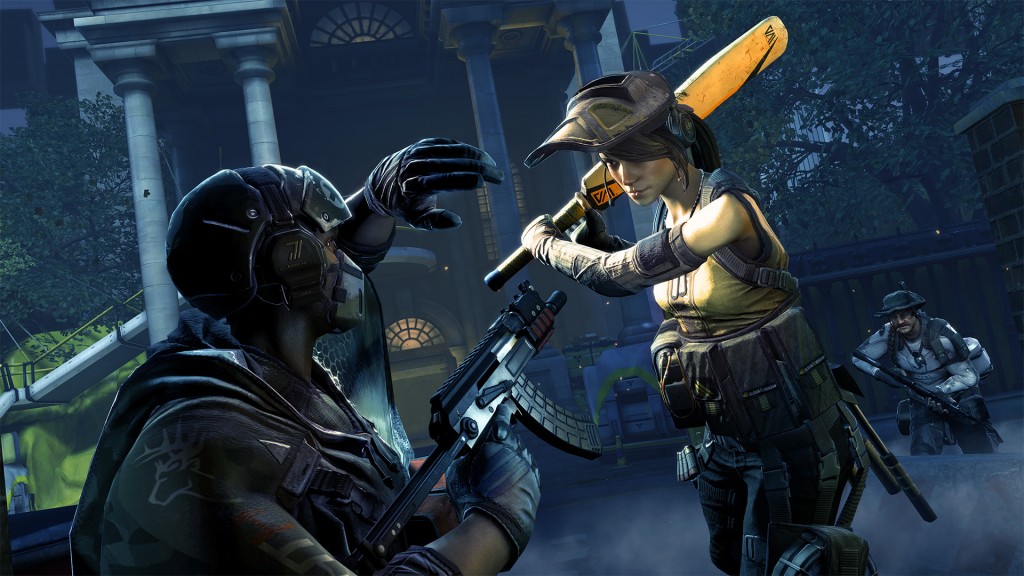 Visual proof that the cricket bat is superior to firearms.

Splash Damage’s Dirty Bomb has made the jump to Steam for its closed beta session, as part of an announced partnership between Nexon America and Valve. If you wish to sign up for that closed beta, you still have to do so through Dirty Bomb’s separate site.

This closed beta is said to add matchmaking, chat and party options to the game’s dedicated servers, with further Steamworks-related functionality coming in the near future.

Dirty Bomb is a free-to-play, first-person shooter based around team objectives. It’s set in a ruined, futuristic version of London, in which teams of mercenaries battle it out to control the capital’s riches. So it’s kind of like contemporary capitalism, except with more guns and (presumably) less tax dodging.

The game is promising asymmetrical team play and a return to the “classic, skill-based [FPS].” Though that’s something I can’t actually verify, because I haven’t played it. Again, if you wish to sign up for the closed beta, this is where you do it.