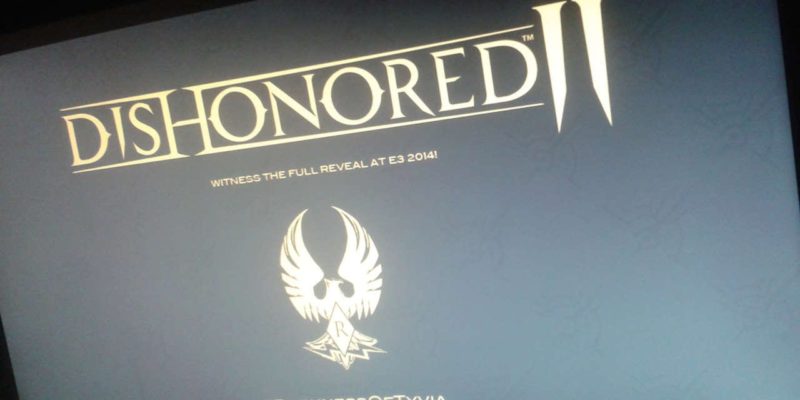 Based on a photo that has been taken of a Dishonored 2 logo, we should possibly be expecting a full reveal at this years E3 Press Event.

With the #DarknessOfTyvia and quote of “Expect a full reveal at E3 2014”, many are ready to return to Dunwall. Even though Bethesda has not confirmed anything at this point, we can only expect that we would receive the same old “We do not comment on rumors or speculation”.

With the release of this image, this is the first that anything has been leaked or even spoken of a possible sequel.

Even though we do not know for sure on the existence of Dishonored 2, we will just have to wait until June to find out if we will be returning to Dunwall.