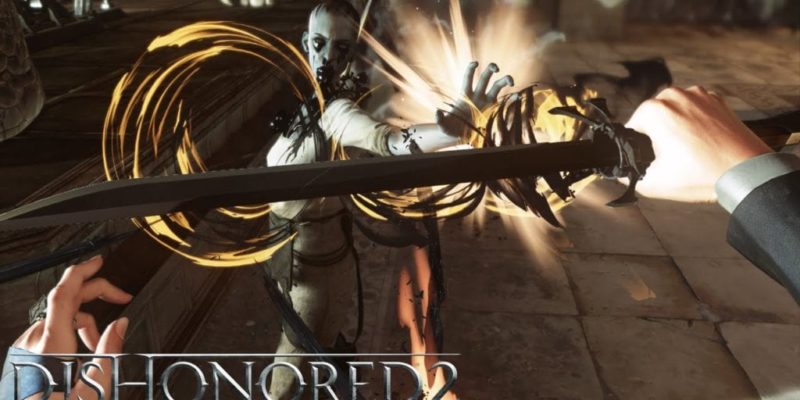 Bethesda have obviously decided that Dishonored 2 trailers featuring a load of silent sneaking are too boring, because here’s another bloodthirsty compilation. I’ll forgive them though, because it reveals that Corvo can kick people at the end of a Blink move now. Dark Messiah fans, rejoice.

I think this video is the first time they’ve shown Emily’s Doppelganger power, which creates a distracting clone; perfect, apparently, for luring guards into explosive traps. She can also yank people around on a magic rope-tentacle. That’s obviously pretty helpful too.

Remember that if this stuff makes Dishonored 2 look a bit too easy (and, well, it kind of does, though I’m sure some enemies will have some clever tricks), it will also be possible to opt for ‘Flesh and Steel’ mode. In this scenario, Emily or Corvo (whichever you choose) can reject the Outsider’s help and receive no powers for their play-through.

As well as today’s trailer, Bethesda have published the full list of Dishonored 2 achievements. They’re open spoilers, so I wouldn’t exactly recommend looking at them (the top half of the image is ‘general’ stuff, so that’s safer), but if you want to, they’re here.

The game comes out on 11 November.