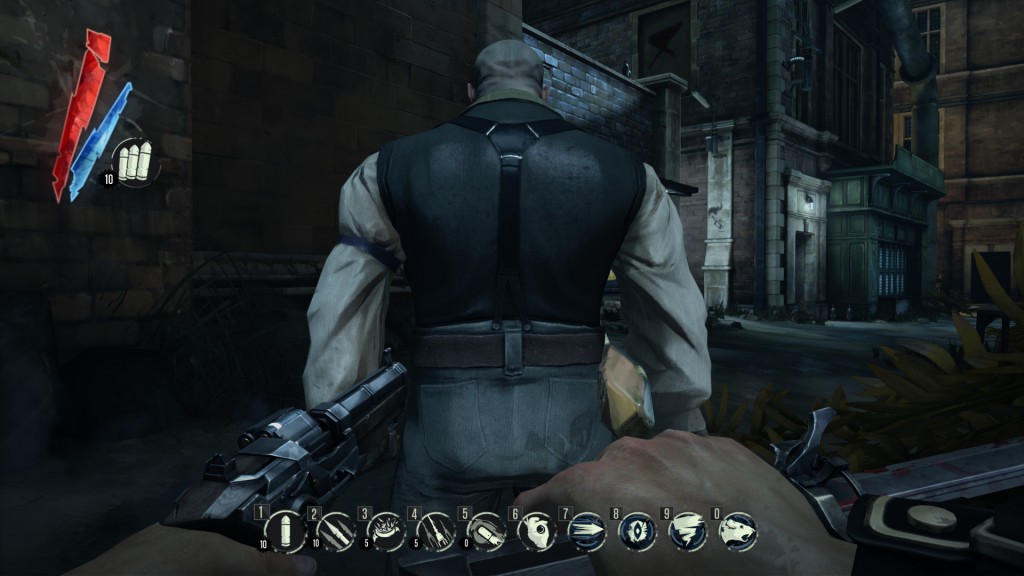 It’s a little bit sad that the inclusion of basic, sensible user interface options are newsworthy in 2012, but in an era where games (particularly lazy PC ports) screw this sort of thing up so often it’s great to see a developer making an effort. Arkane seem to be doing just that with Dishonored, which will have a wealth of interface options on all platforms (Xbox 360, PS3, PC) but some particularly welcome features for the PC.

A field of view slider will be included, as will options for mouse smoothing/acceleration (both a slider and simple on/off toggle). You’ll also have the option of a classic ‘hotkey bar’ on PC, that’ll map your powers from 1-10 on the keyboard. If you want, you can still use the ‘quick wheel’ through your mouse, but again it’s terrific to have the hotkey choice and terribly sad that so few multiplatform games offer that.

Everyone (PC and console users) will be able to toggle and tweak aspects of the in-game display, like whether health/mana are displayed or if context-sensitive hints like “press A to stab this guy in the nuts” should appear.

Take a look at some of the UI options screens, plus examples in action, in the gallery below.

Dishonored is due this October.

Awesomenauts is naut just for consoles, coming to Steam