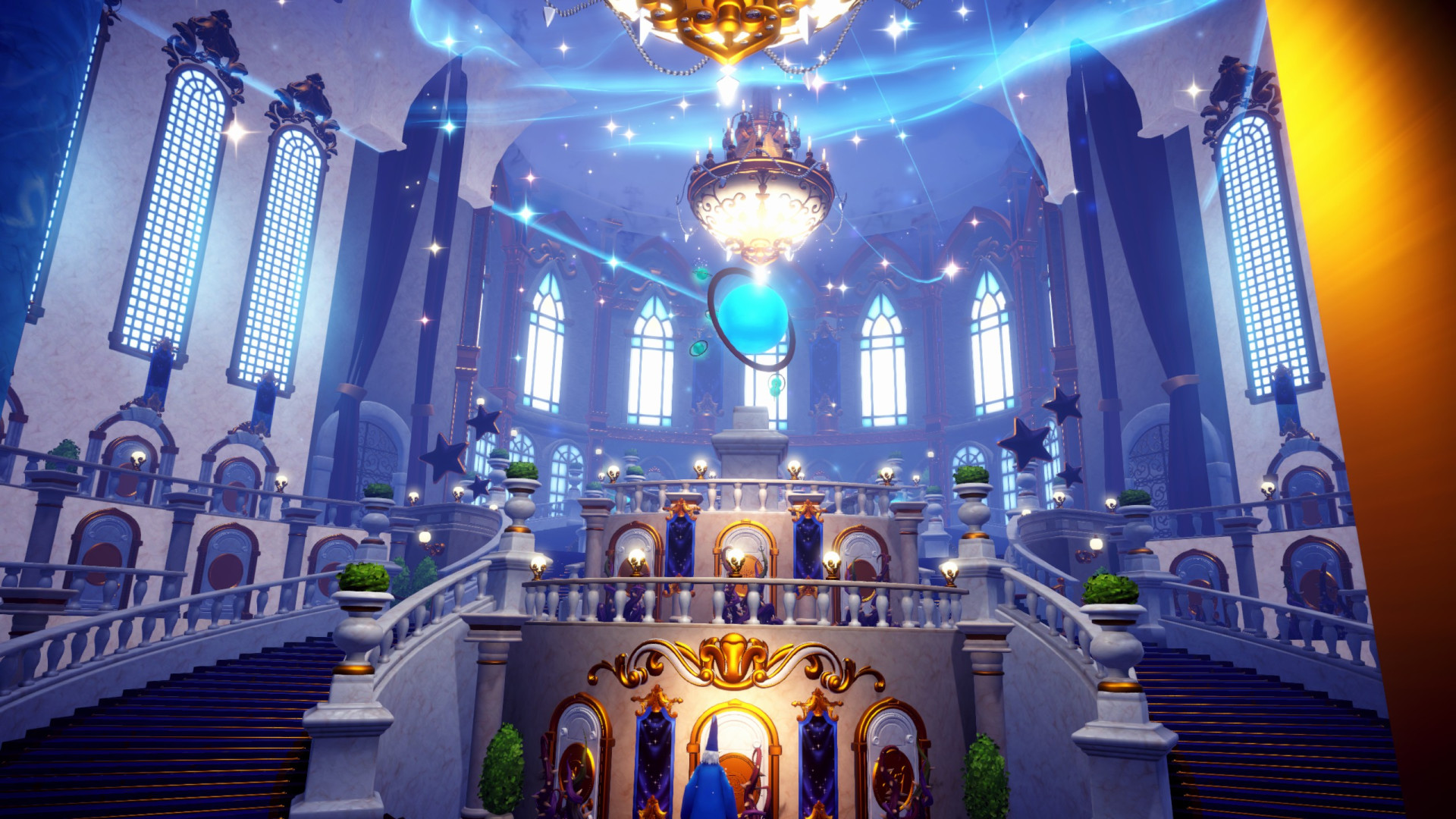 One thing that has persistently bothered me is that almost all Animal Crossing-style games on PC take “be like Animal Crossing” a bit too literally for my tastes. I really don’t like the camera system of the series or the “play a tiny bit every day” philosophy. Disney Dreamlight Valley is a free-to-play game (at least, it will be next year) that’s basically “Animal Crossing but with Disney characters.” It just entered Early Access and is currently a paid title, costing $30 USD. After six months or so, the game will enter full release and become free. It already features a good amount of content but the question stands: is Disney Dreamlight Valley worth it in Early Access?

The setup is pretty cute. Your character has somehow arrived in Dreamlight Valley, a little town where some Disney characters live. The Valley’s ruler went missing after The Forgetting occurred, which also caused Night Thorns to grow all over the place. These thorns cause anyone nearby to start forgetting all sorts of things. After a while, most of the town’s residents fled, leaving only Merlin, Mickey, Goofy, and Scrooge. Shortly after arriving, your character meets Merlin, who explains that it’s up to them to save the place from ruin.

It’s a simple yet effective introduction. From there, you can pick up quests from all of the aforementioned characters, as well as do typical life sim activities — growing crops, decorating, mining, fishing, etc. As you complete these things, you’ll complete Dreamlight objectives, which grant you a material by the same name that allows you to dispel large Thorn growths that block off the surrounding areas. One of the first growths you eliminate will let you inside the Dream Castle, which has doorways to three tiny realms based on different franchises: Wall-E, The Little Mermaid, and Ratatouille. They went kind of heavy on the Pixar there, but it’s hard to blame them. 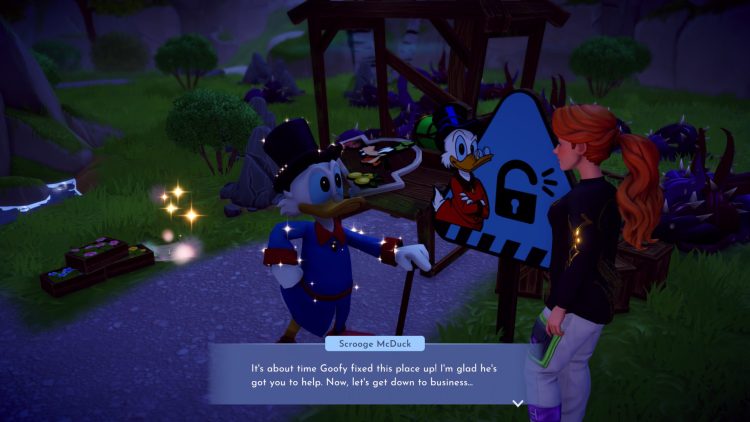 It’s a small world after all

One of your first orders of business is to seek out tools. They’re the standard life sim assortment of a shovel, pickaxe, watering can, and fishing rod. Yes, it takes a lot of obvious inspiration from Animal Crossing and Story of Seasons. Scrooge McDuck will repair and improve various stalls, including his own store, which sells a variety of clothing and furniture. I honestly find Disney Dreamlight Valley to be far better than I’d imagined. Before I knew it, hours had flown by as I cleaned up Night Thorns and harvested crops.

Anything you find can be sold at Goofy’s stall for Star Coins. You’ll need these to buy more seeds, clothes, and furniture, as well as upgrade your inventory size. Upgrading your house (which can be decorated as you see, down to the floor, walls, and furniture) will let your storage box hold more items as well. This is a very familiar game, but it does most things quite well and the Disney atmosphere makes things all the more inviting. You’ll be able to invite more characters to town over time, which is fun if you’re a fan of the franchises.

Of course, there are some questionable things here. Mainly, you’ll have to put down $30 USD to play this free-to-play game several months early. As much as I like Disney Dreamlight Valley, that’s a bit of a tough sell. But if you’re a big fan, you’ll at least most likely enjoy yourself. And while it’s easy to play the game and get a lot done over a marathon session, I do occasionally get annoyed by certain quests. A Scrooge quest requires collecting two of a specific flower, but I couldn’t find one. I think it may only grow at daytime, but the game syncs to your region and I mostly game at night, so that’s a problem. 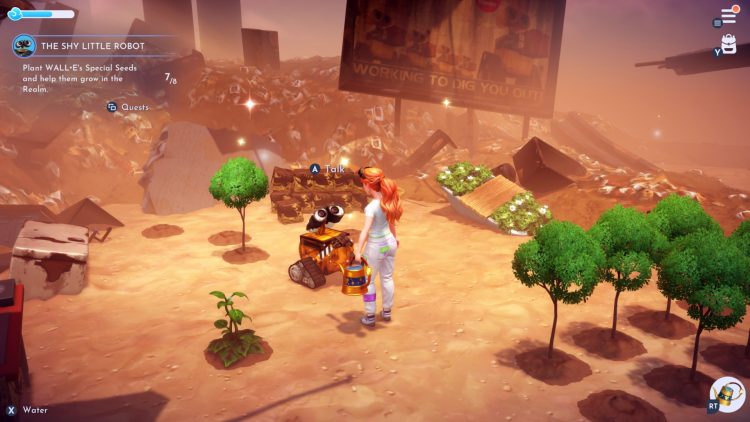 Another quest required me to mine a specific mineral, but, unlike apple trees, the mineral nodes don’t replenish themselves quickly.

Still, Disney Dreamlight Valley is a surprisingly good game that I think Disney fans will have a lot of fun with. It might not be worth it for people who are willing to wait, but Gameloft did a good job here. Plus, you can just go back to your house to replenish your energy whenever you want. No “pay X amount of money to keep playing” nonsense here, at least.