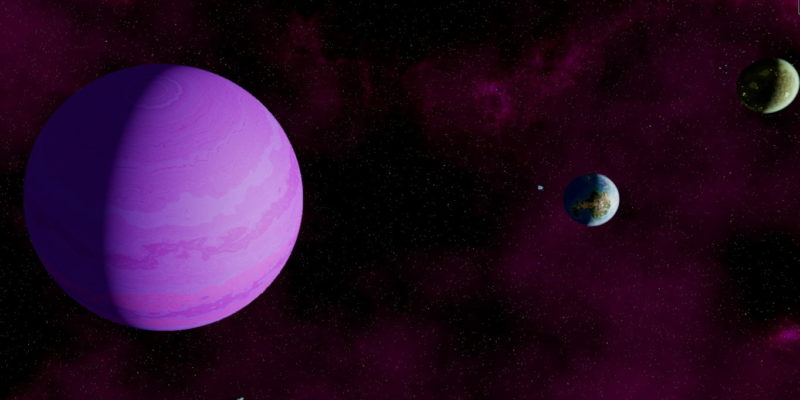 If you’re a 4X gamer, then you’re probably aware of Distant Worlds: Universe. While it shares a lot in common with other space 4X games like Endless Space, Stellaris, or Galactic Civilizations, a few things set it apart from the others. It’s a colossal game, with so much depth that the learning curve is intimidating to new players, but the payoff is highly rewarding to those who stick around to figure it out. Well today, Slitherine gave us a sneak peek of Distant Worlds 2, which uses a brand new 64-bit engine with 3D ships. 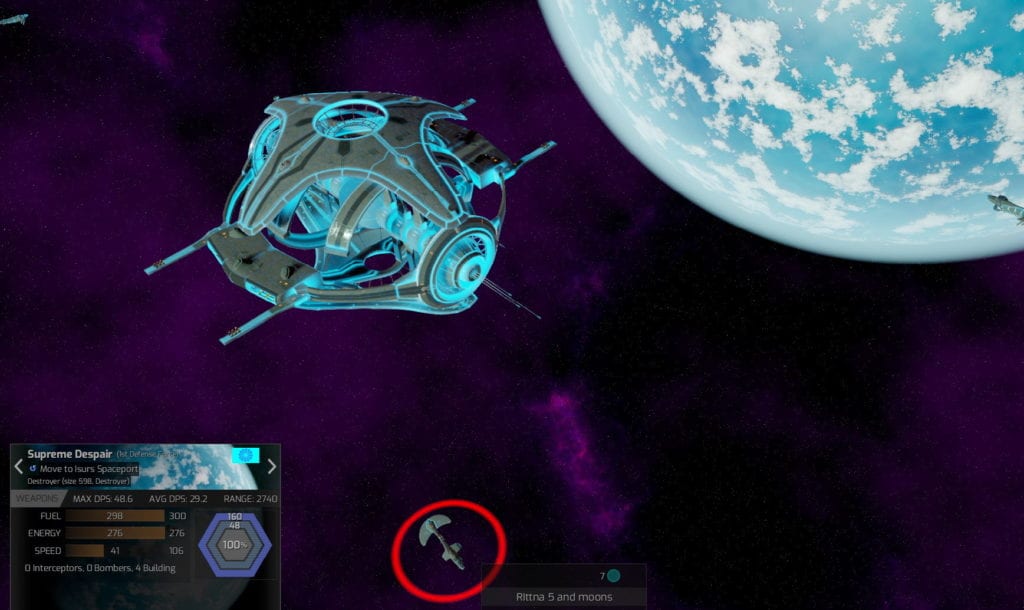 Slitherine has been working on Distant Worlds 2 for almost four years now. Since it utilizes a new 64-bit engine with multi-core capability, the sequel will allow the developers to create even larger galaxies with more stories and bigger battles. It will also feature a scalable interface. You can get a glimpse of the UI in the screenshot below (Note: these screenshots are not from a final build and may not reflect the final game). 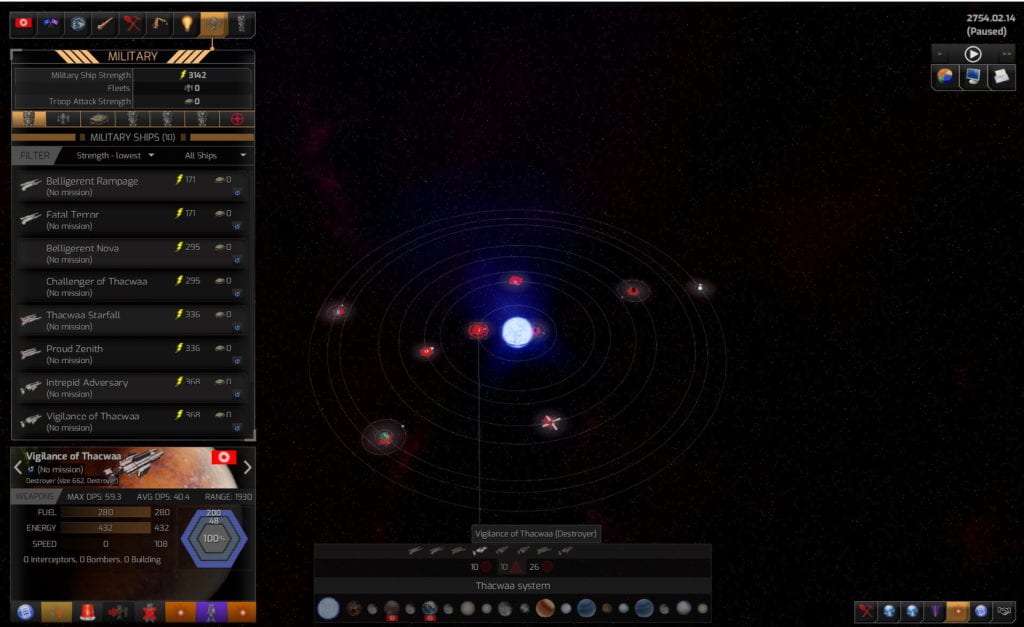 Since Master of Orion, I’ve always loved one aspect of space 4X games more than any other – the ship designer. Distant Worlds 2 promises a more interesting ship designer than its predecessor, which was already robust. Each ship has two defenses: hull and shields. Shields are an outer layer of protection, but they allow a certain percentage of damage to leak through to the hull or ship components. Your hull can vary from ship to ship and has an armor rating that can block certain shots. 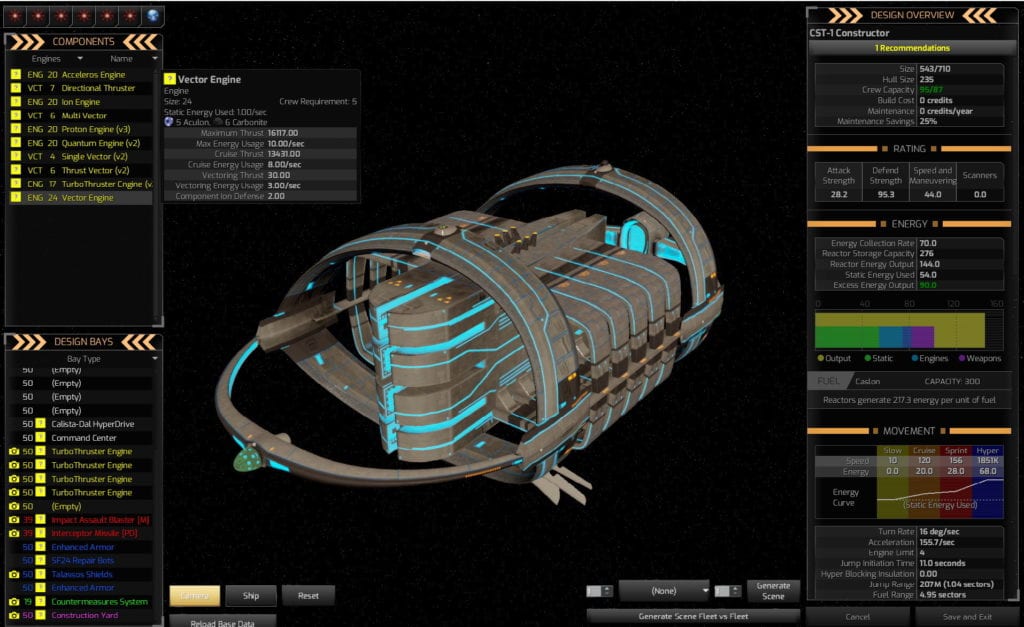 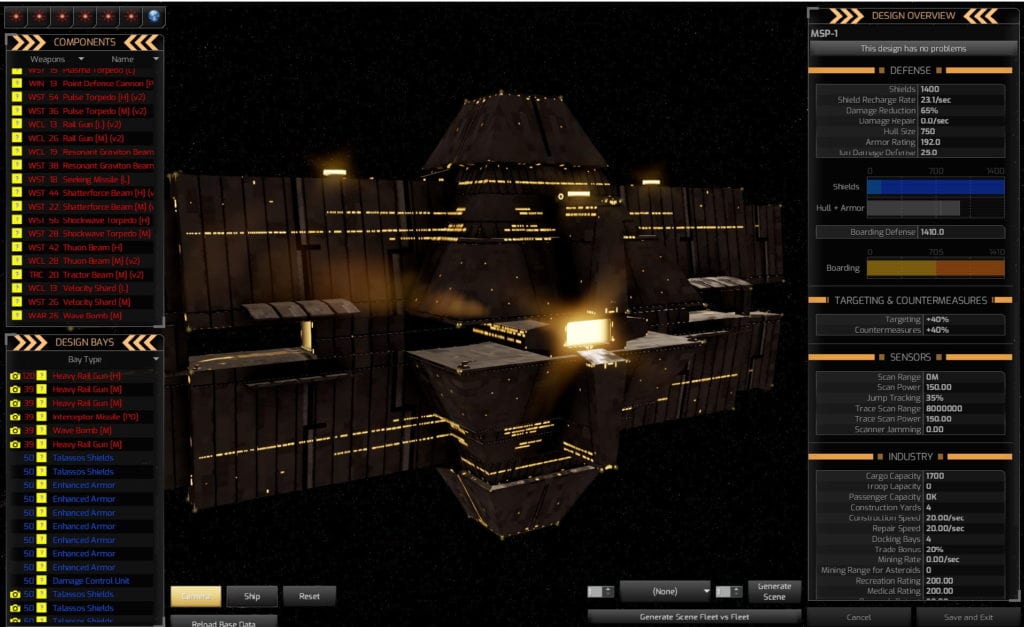 The components that you place on a ship can be either external or internal. External components include weapons, engines, hangers, and some defenses. You’ll also see external components on the model of your ships, so you’ll get to see that fancy new engine on your ships now. In Distant Worlds 2, a ship’s purpose is now reflected in its model. A gunship with multiple weapons will show multiple weapons, and a scout ship with multiple engines will show those engines on its model. It’s a nice, immersive addition to a game that already had so much depth.

Reading about Distant Worlds 2 and taking a look at the screenshots makes me excited for the upcoming sequel, even though I only ever dabbled in the first game. It’s looking like it will have the same amount of depth as the first game, if not more, and the updated graphics will help add a whole new layer of immersion.

There is no word on a release date yet, but we’ll keep you posted with any updates.

Destiny 2: Season of Dawn – How to unlock the Tower Obelisk