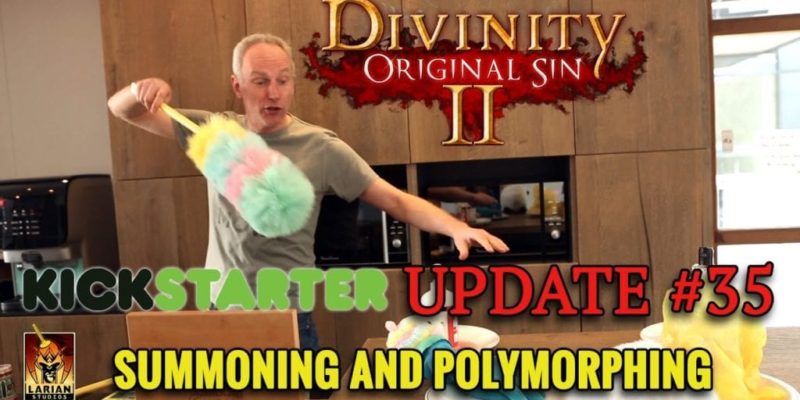 The latest Early Access update for Divinity: Original Sin 2 adds a pair of useful new ability schools to play around with: Polymorph and Summoning. Their respective class presets are the Metamorph and the Conjurer.

If you opt for a bit of Polymorphery, your character (or companion) will be able to sprout wings, grow horns (for a goring attack), become invisible, and turn foes into chickens (as long as you’ve breached their armour). The Summoners, meanwhile, can pop down powerful Totems into elemental pools and have them act as turrets. They can also summon a helpful ‘Incarnate’ creature, who can infused with additional powers.

In addition, this Divinity: Original Sin 2 update adds optional PvP aspects to co-op play. Fallen out with your friends over a quest decision? You can now declare them enemies and fight it out.

The latest version of the game won’t be compatible with previous saves, but older builds still exist as Steam beta branches; so you can revert if necessary. Here’s a pair of videos taking a look at the new additions. In the first, Larian’s Swen Vincke employs a host of props (plates, stuffed toys, microwaves) to explain the new skill sets. The second is more of a quick summary.