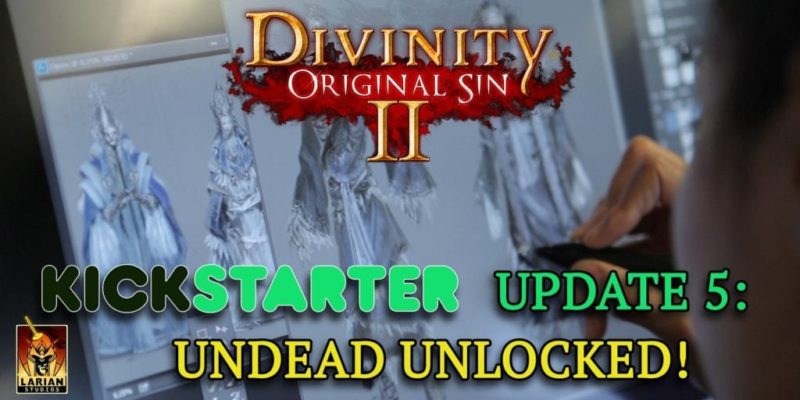 Divinity: Original Sin 2 keeps being showered with money from eager RPG fans, to the extent that the stretch goal to unlock playable undead characters has now been achieved.

At the time of writing, the Kickstarter project has a little over $1.2 million USD to its name. That’s already a substantial amount more than the $940,000-ish raised by the prior game, Divinity: Original Sin, showing the dramatic effect that having a recent, popular title to your name can have on subsequent crowd-funding efforts.

Undead characters in Divinity: Original Sin 2 will share a common origin to some extent. They’re all deceased people who are separated from Rivellon’s afterlife equivalent; the Hall of Echoes. However, some have been violently ripped from said Hall against their will by Necromancers, and made subservient through an addiction to Source. These undead are known as Raised Ones.

Others have simply resisted the pull from the Hall of Echoes, but have suffered the consequences as their memories fade and eventually disappear entirely. These are the Faint Ones.

Finally, there are said to be a group of ‘civilised’ undead who chat about philosophy in the north, and call themselves Chosen Ones.

The latest Divinity: Original Sin 2 update post goes into detail with some possible Racial Skills that the undead could possess. Things like an immunity to fear, and more ominous talents like ‘Soul Devourer’.

You can learn more about the undead, and Larian’s time at PAX in the accompanying video.