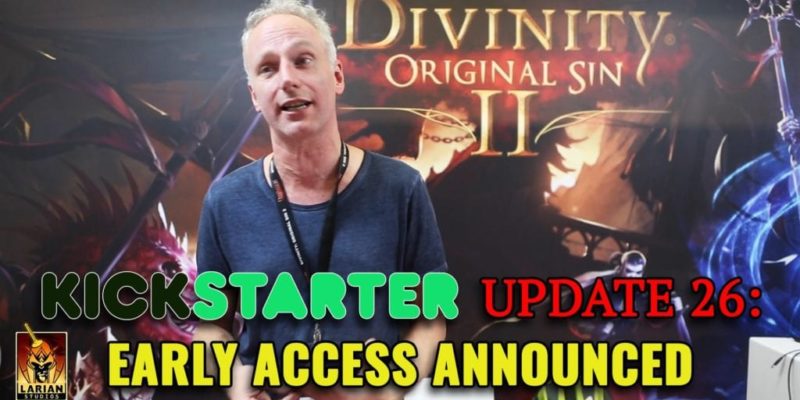 Larian’s Divinity: Original Sin 2 will have a chunk of the game playable through Steam Early Access on 15 September, according to the latest Kickstarter update. The studio are working with GOG to get the game on their early access system as well, but for now only Steam is confirmed.

The early access release will effectively be the first Act of Divinity: Original Sin 2, set in a place called Fort Joy. As you’d expect with a cheerful name like that, Fort Joy is … a terrible place. “Think Alcatraz, but if Alcatraz was a leper colony. And the island was haunted. And the bay around it was full of sharks,” say Larian. Lovely.

All Kickstarter backers will have access to this early, work-in-progress release. Others will be able to buy-in in the usual Early Access manner.

In the video (below), Swen Vincke says that four-player co-op will be in “from the get-go”, as will the player-vs-player Arena. ‘Game Master’ modes will be launching during early access, but at a later date (Vincke estimates a few months). Watch for yourself, along with a few GamesCom chats, right here.

Total War: Warhammer Grim and the Grave DLC due 1 Sept