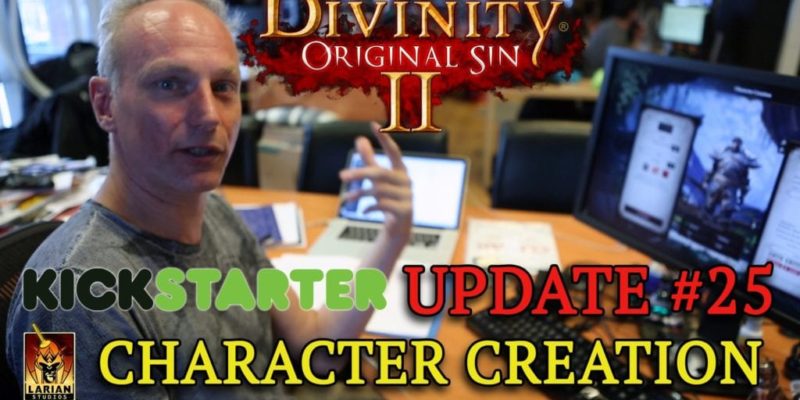 It’s been a little while since the Divinity: Original Sin 2 team put out an update, but after a few months quietly working on the game they have a whole lot more to show. August sounds like it’ll be a promotional month for Larian, and they’re starting things off with a look at character creation.

Broadly the same information is present in the video (below) and the written Kickstarter update, so you can decide which you’d prefer to go for to learn about the character additions in Original Sin 2. This time around, it’ll be possible (if you wish) to select a pre-created character with an ‘origin story’. Some of the NPCs in the world will react accordingly, be they old friends or foes.

Those who prefer to customise a bit more can still fashion a back-story of sorts by selecting various ‘tags’ (rogue, elf, mystic, or whathaveyou) and achieve a similar effect. Original Sin 2 also has many more races to choose from than the first game; you can now be a lizard person (David Icke’s favourite), undead, elf, or dwarf, as well as the standard human option.

Most intriguing, perhaps, you can select a personalised musical instrument (one of four at this stage), which will dynamically weave in your character’s theme at various pivotal points in the game.

There’s also information about a new state, Memory, which determines how many skills you can utilise in battle at a given time. “Your magical library will build skill by skill throughout the game, so investing in Memory will make you more flexible and adaptive on the battlefield,” Larian say. It’ll be possible to access skill selection outside of combat, so you’ll be able to juggle abilities where necessary.

No Man’s Sky gets a launch trailer