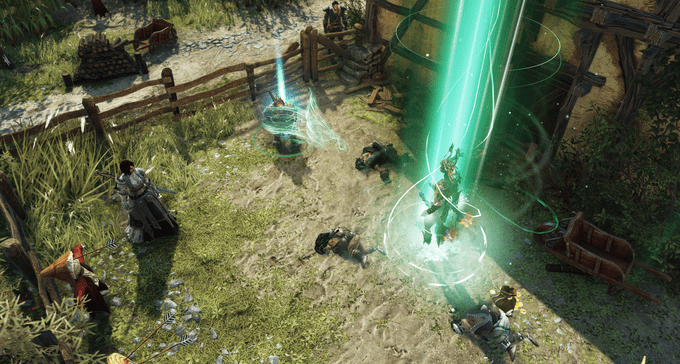 That all happened so fast that the first ‘stretch goal’ was actually met before Larian could put out the update post about stretch goals.

Strategist Mode (the $700,000 point) was that first goal, added a harder difficulty option to Divinity: Original Sin 2. It’s compared to Tactician Mode in the Original Sin Enhanced Edition, and makes all the enemies in the game smarter, more numerous (in some cases), and harder hitting. Those foes will also use skills and tactics you don’t see in lower difficulty modes.

The $850,000 level goal has been unlocked as well, which will give the backer community the task of democratically selecting a new skill tree from several suggestions. These include things like Trap Master (pretty self explanatory) and Bard (buff your allies through song, or lie to NPCs with misleading ballads), plus more exotic options like the body-altering Polymorpher.

Beyond those already achieved goals, there’s a $1.0 million barrier for ‘Racial Skills’ (race-specific abilities for dwarves, lizardmen and so on), and at $1.2 million people would be able to play as an Undead character.

Larian’s Swen Vincke explains all of this with his usual enthusiasm in the stretch goal video below.