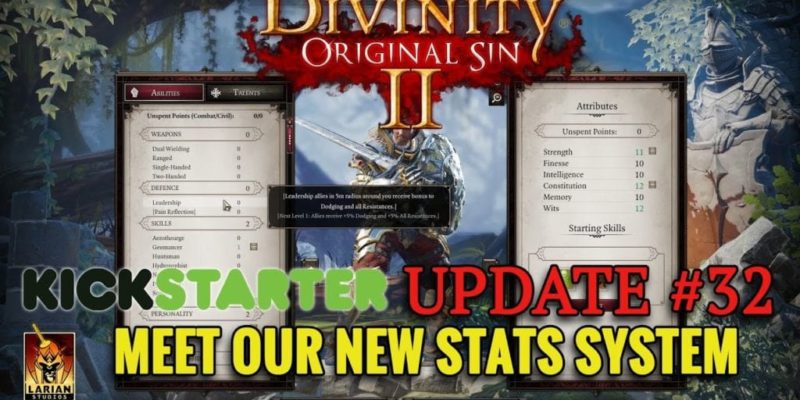 Pretty significant changes are afoot in the Early Access build of Divinity: Original Sin 2, which has been updated today to version 3.0.15.252. As usual, there’s a jovial Larian video outlining much of what the update brings (see below).

The main changes are to the game’s attribute point systems. You can hear about those from around 8:30 onwards in the video, where Larian discuss how (for example) a point in Strength now gives a boost to physical armour. Memory slots are now automatically given every two levels, and weapon types come with an automatic, default skill. Single handed weapons get ‘Sucker Punch’, which can knock foes to the floor.

Other improvements on the way for Divinity: Original Sin 2 are full impact animations in combat (the fighters will actually hit one another now), and hand-placed, unique weapons (or other items) to discover. The former aren’t all in place yet, but early work on those animations should be present in the patch. Likewise, a few special items (around seven or so) should now be dotted around the Early Access map.

Conan Exiles gameplay will debut in a stream on Friday