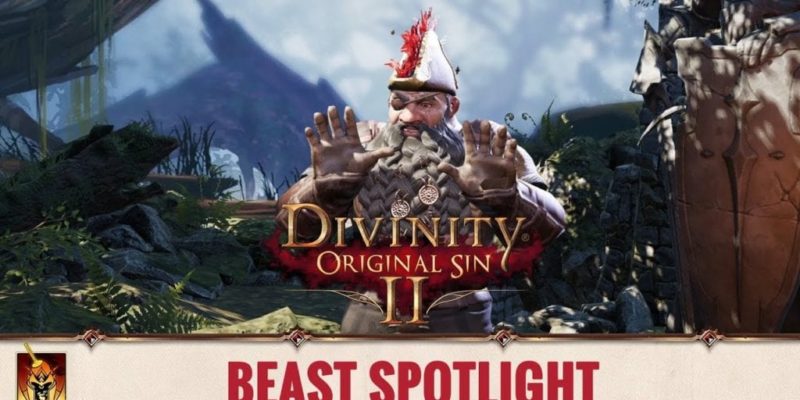 Hot on the possessed heels of Lohse, Divinity: Original Sin 2 is back with another character spotlight video. This time it’s Beast, a dwarf who has taken to the high seas for what, judging by the hat, looks like a life of piracy. Could also be an admiral of some sort, I suppose.

Anyway, he has some family issues. His cousin is a Queen, and also a tyrant. The way Beast tells it, she exiled him to an island and killed (or imprisoned, or something) his allies. He’s been at sea ever since.

But now he’s hearing the Queen is up to further mischief, and has an even darker intent. His quest in Divinity: Original Sin 2 will be to put a stop to all that. The game is out on 14 September.