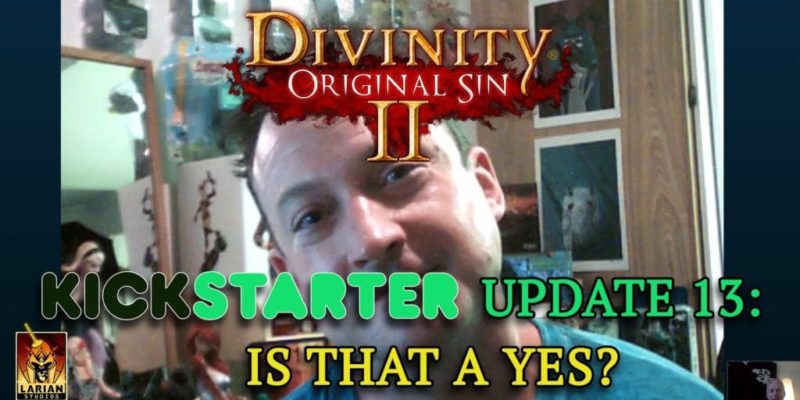 Chris Avellone, the Prince of Kickstarter RPG Stretch Goals, will be adding his writing skills to the development of Divinity: Original Sin 2. That news is confirmed in an update post, and via an incredibly sketchy Skype video chat over hotel wifi.

Recruiting Avellone (who officially left Obsidian Entertainment earlier in the year) was one of the community-voted stretch goals, and the Divinity fanbase seem to have played a pretty key role in getting the two parties together. The popularity of the Avellone stretch goal directly led to he and Larian’s Swen Vincke meeting up at PAX in Seattle, and initiating discussions about working on the game.

Those discussions, along with Avellone being able to try out the game and read over some of the plot notes, proved fruitful, and now the former Black Isle and Obsidian writer will be penning things for Original Sin 2.

“This is the first time I think the community is responsible for bringing two developers together who might not have crossed paths… and especially for such a great project,” Chris writes on the update post linked above. “I met Swen at PAX Prime, talked about RPGs for hours, and at the end of it, it was clear we were on the same page. Now? We’re primed to do something great, and I’m proud to be part of it.”

You can see Avellone and Vincke doing battle with dodgy wifi (and giving shout-outs to RPG Codex) in the video below, along with updates on some of the other Divinity: Original Sin 2 stretch goals.

With four days left, the project is sat on $1.6 million in pledges.