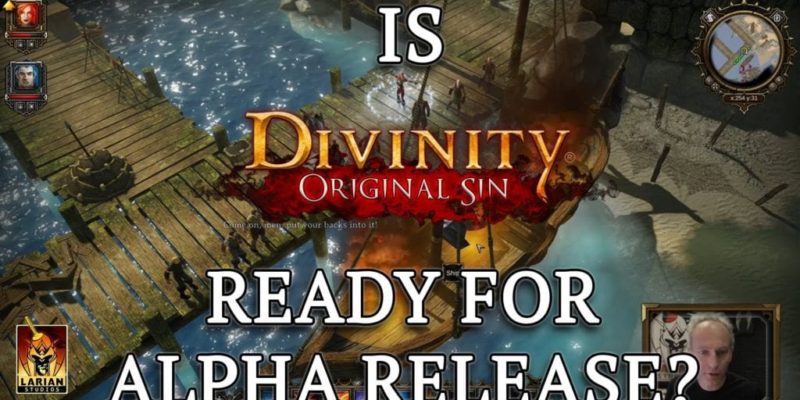 Well, at least there’ll always be one Let’s Play-er left on YouTube. Larian’s Swen Vinke makes quite a habit of playing large chunks of his studio’s upcoming games, and Divinity: Original Sin is no exception. You can see him attempting to uncover bugs and other issues across 40 minutes of lovely alpha footage from this top-down RPG.

Ultimately, he decides that the alpha version is stable enough that it can (soon) be released to those who backed the game on Kickstarter at the per-requisite pledge level to receive early alpha access. Hurrah.

Divinity: Original Sin was already looking like a big old reactive sandbox of an RPG, and the video only hammers that point home. Within the first few minutes you already see adaptive manipulation of objects, fireballs hitting water and creating a steam cloud and some bartering and dialogue trees. There’s plenty of other neat stuff in the other 35 minutes too.

Have a watch of the video, below.

Steam Machine beta testers to be announced today, restricted to US