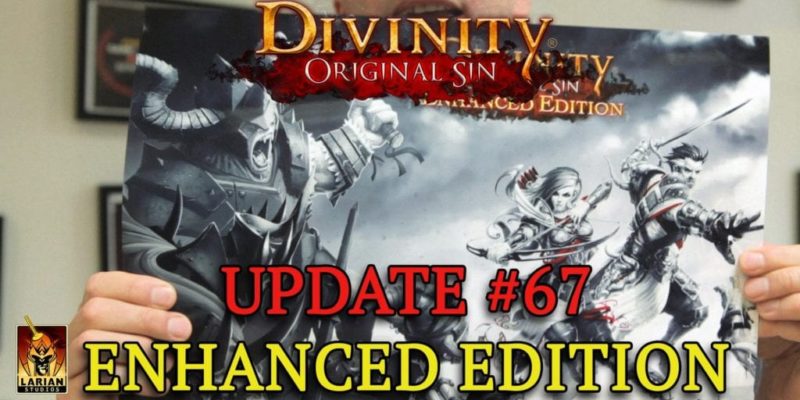 The Enhanced Edition will use DirectX 11 and therefore require a DX11-compatible card and 64-bit system. However, if you don’t have one of those, the original version of Original Sin will be sticking around. The free upgrade will remain available too, so at the point where players get a better PC they’ll be able to redeem their Enhanced Edition.

For the vast majority who do meet the hardware requirements, the new update to Divinity: Original Sin will add new quests, new characters, and full voice acting for all characters. The main story (one of the few weaker parts of the game) is said to be “heavily rewritten” and now has a new ending. Visuals and sound effects will be “massively” reworked, and there are plans for entirely new modes of play as well.

Along with all that, Divinity: Original Sin’s Enhanced Edition is going to have local co-op and controller support, as Larian will be releasing the game for Xbox One and PS4 too.

More details and information, along with the reasoning behind doing an Enhanced Edition, can be read on Swen Vincke’s ever-informative blog. Further bits and pieces will be revealed at this year’s E3 event. You can also see a summary of the new Enhanced Edition features in the energetic video below.

The conclusion of the video has a reminder that Larian is still working on two more ‘secret project’ RPGs, which will be taking further shape once the Enhanced Edition of Original Sin is finished.