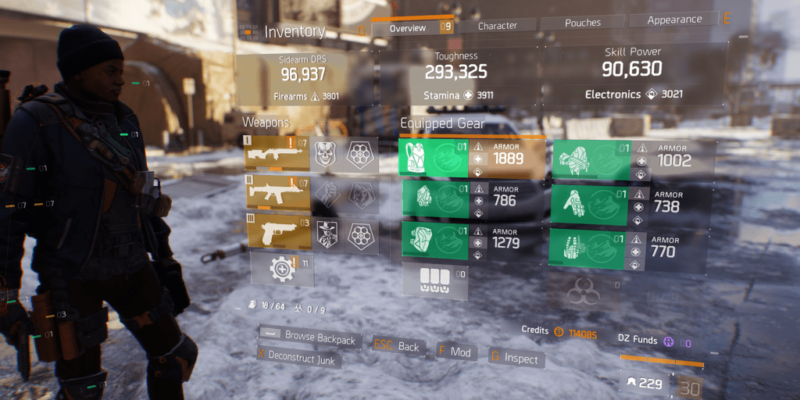 Massive Entertainment have penned another post about the substantial changes coming to The Division in update 1.4, this time centered on character balance. If you missed the other sizeable article about 1.4 and ‘World Tiers’, you can find that here.

The Character Balance piece goes pretty in-depth, and as someone who stepped away from The Division after covering it for review, a fair amount goes over my head. In essence, though, Massive feel “the power difference between optimized and non-optimized builds is too great” and want to take steps to resolve this. Not to prevent people from min-maxing if they wish, but to reduce the gap between extremes.

In addition, 1.4 intends to “bring back the shooter feeling, add more decision making and hard choices when building your character and add more variety to the viable builds”. The specifics of that, pertaining to gear, skills and weaponry, can be read in the article. It has graphs and charts and everything.

Most of the changes are said to be retroactive in nature, so you’ll see ‘overpowered’ weaponry get toned down as soon as 1.4 is released. PC players of The Division will be able to get a feel for how update 1.4 plays when it goes live on the new Test Server next week (26 September).