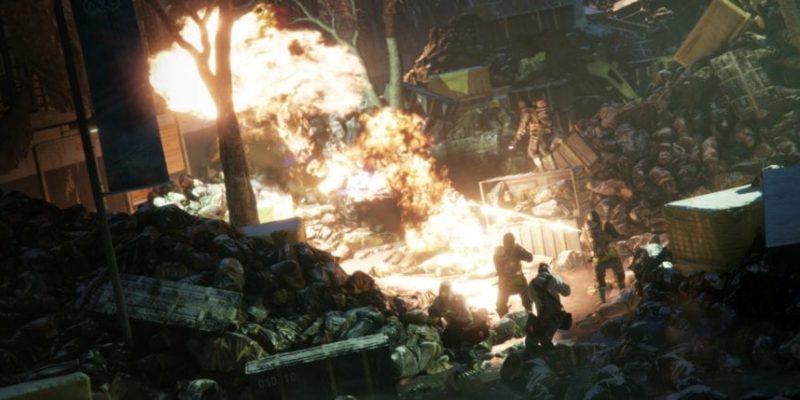 Alongside the final Last Stand expansion, The Division will be receiving Update 1.6 full of changes and additions to the game. The exact release date for 1.6 isn’t yet announced, but it will be available “soon” through the Public Test Server.

The official blog post above provides an exhaustive run-down of what Update 1.6 will bring, starting with expansions to The Division’s Dark Zone. Zones seven through nine will be opening up, and the Landmarks present in these areas will be spawning waves of enemy attacks. The good news here is that any loot you acquire during one of these Landmark wave attacks will beam directly into your inventory.

As well as that, new ‘Contamination’ events will be happening in the Dark Zone underground. Every hour or so, Elite Cleaners will show up to purge the contamination. It’s lethal stuff, so don’t expect your virus filters to hold up during these events.

The Times Square, WarrenGate Power Plant and Napalm Production Site missions will get a Legendary Difficulty mode in 1.6, adding smarter and more powerful enemies to those encounters. These runs are, naturally, intended for organised groups. They will award unique, vanity loot.

From Update 1.6 onwards, named weapons and gear in The Division will be dubbed ‘exotics’ and given their own colour in the inventory. Exotic weapons will have their own unique talent, and this change is retroactive (so if you happen to own one already, it’ll change to reflect this).

There will also be changes to armour, gear set, and skill sets. The Division is taking a fresh go at PvP balancing in 1.6 too. You can read up on all that in the patch overview.

Playdead release concept art from their next game